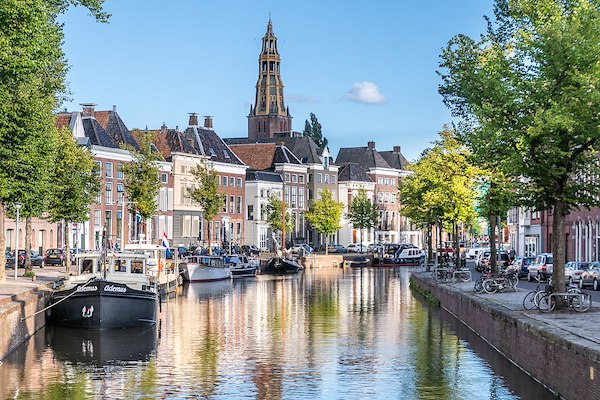 Groningen is the largest city and the cultural centre of the northern part of the Netherlands. It’s now a major university city. Numerous canals (grachten) surround the city, locally called diep. There are easy and scenic choices for running in Groningen, taking full advantage of the canals, lakes, numerous parks, and a good infrastructure of multi-use paths.

There’s lots to easiuly discover on your own, as most of the canals in and near the city have a path or pleasant road alongside. A great way to start is with our inner Groningen ‘runseeing‘ tour, which features canal paths along the inner perimeter, the historic centre, and two major parks. There’s also similar type of route exploring the outer perimeter. Just south is the lakefront paths around the Nijveensterkolk area. For a longer canal-side run, there’s 10+ km along the Eemskanaal Noordzijde. And one of the most scenic places to run in Coningen is the Kardingebult, with many km of paths along canals. around lakes & wetlands, and nice open green spaces.

Runners should note this is the northern Netherlands. It can be rainy and damp.

Some of our favorite runs in Groningen, Netherlands 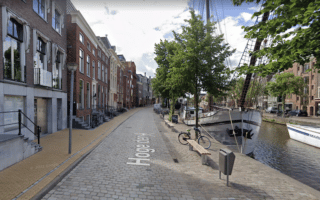 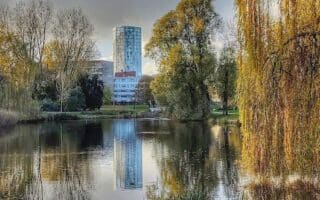 Along the Water | Parks
A run on canal-side paths and parks that form a sort of outer perimeter belt loop around the historic center of Groningen. The full loop is 16 km, but can be shortened or done in sections. Lovely views of the water, Groningen, and the green of numerous parks.
Explore 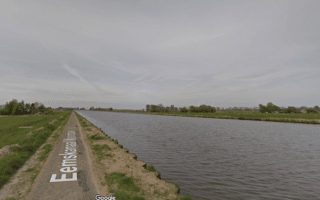 Along the Water | Multi-Use Trails
One of the best bets for a longer, seamless canal-side run in Groningen is a route just east of the city, combining the Roeierspad & Eemskanaal Noordzijde paths. Up to 12.8 km of flat, uninterrupted waterside running!
Explore 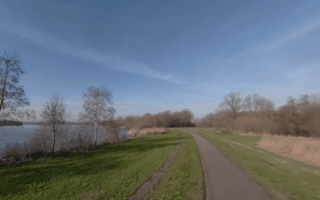 Along the Water | Lake Loops
Just south of Groningen, in the Nijveensterkolk area, there's some scenic running on dedicated paths along a couple of lakes: Hoornsemeer & Paterswoldsemeer. Nice water views and a nice park around the smaller Hoornseplas lake.
Explore 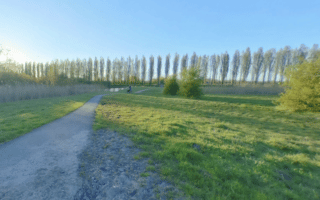 Along the Water | Great Views
The Kardingebult is among our favorite places to run in Groningen. Several km of paths along canals, around small lakes and wetlands, and open green spaces. We've mapped a 9 km loop, which can be used as a guideline for creating your own route.
Explore