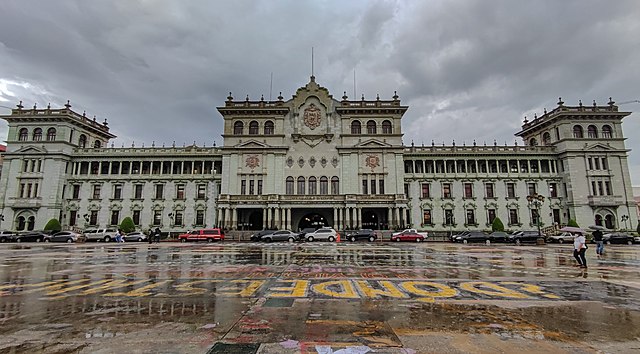 We’ve mapped two routes in the central part of Guatemala City that can be combined. This route is from the Centro Civico headed north through the historic centre to the Hipódromo Del Norte city park. It’s 3.6 km one-way, or 7.2 km out and back.

Start at the Plaza Italia in the area of the impressive Centro Civico and head north on Sixth Avenue. Of the main avenues headed north-south, this is the most pleasant for running, with trees and some sections being a pedestrian way. You’ll pass numerous grand government buildings, and then the Plaza Mayor, consisting of the National Palace, the Metropolitan Cathedral, and the Portal of Commerce. Continue north through the small Jocotenango Park, and then cross the highway to enjoy a pedestrian path along Av. Simeón Cañas to reach a baseball diamond and the Relief Map — built in 1905, and showing the country’s rivers, volcanoes, roads & other geographical features.

Add-On/Alternative: At the CA 9 highway, instead of taking Av. Simeón Cañas, continue along 6th Ave. through the campus of Mariano Gálvez University of Guatemala. You can also join our route from Centro Civico south, along Avenida La Reforma & Avenida Las Americas.