No Thanks
Mississippi Gulf Coast 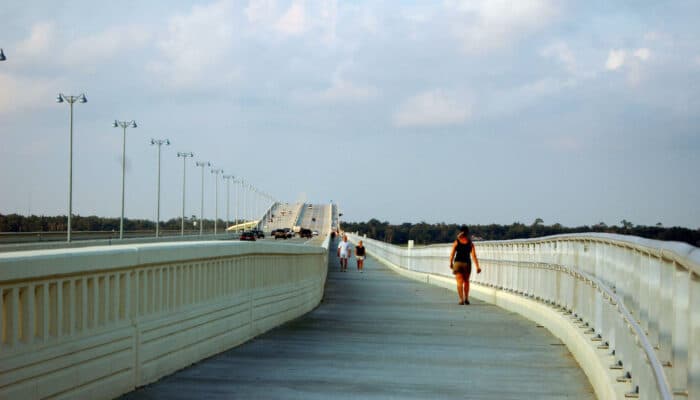 For the signature run on Mississippi’s Gulf Coast, simply head towards the shore. Beach Boulevard/Route 90, the main street along the waterfront, has a long, runnable sidewalk with top-notch views. It’s a good option beginning from Ocean Springs, Biloxi, Mississippi City, Gulf Port, Long Beach, Pass Christian, Bay St. Louis, Waveland, or anywhere in-between. The walkway totals over 40 miles one-way, but there are plenty of sections that rank as “fan-favorites.”

Bay St. Louis. In addition to the bridge, Bay St. Louis also has some of the best sections of the Beach Boulevard path, where traffic is relatively quiet and the streets are lined with modest beach homes.

Another choice section of the Beach Boulevard path is “The Loop,” a curving boardwalk in Biloxi that follows the trajectory of the Route 90 on-ramp out into the bay. It’s a fun route for a run on a bouncy wooden surface with great water and beach views. Although it’s only about .5 mile one-way, it’s a great feature as part of a longer Biloxi waterfront run.