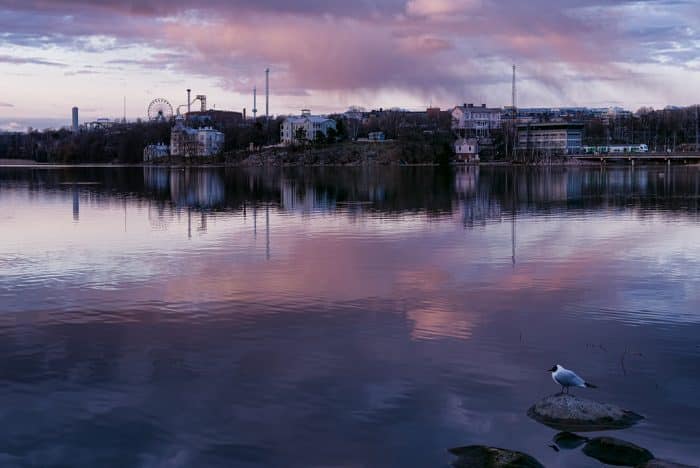 Töölönlahti Bay, located just north of the city centre, features one of the most scenic running paths of Helsinki. It is extremely popular among local walkers and runners throughout the year, as the path is lit and also kept clean from snow in winter. The core loop around Töölönlahti Bay is only 2 km, but we’ve designed an 8.5 km route that features a waterfront path east to Hakaniemi.

Start your run from the Finlandia Hall, the iconic landmark of Helsinki, designed by the famous Finnish architecture Alvar Aalto, or from Kaisaniemi Park, closer to the city centre. Run north along the waterfront and after passing the new Music Centre, head towards Helsinki Olympic Stadium which was the home of the 1952 Summer Olympics. Make sure to hail the statue of Paavo Nurmi — one of the greatest runners ever, and winner of nine Olympic gold medals. Return to Töölönlahti Bay pathway, crossing the train track to the east and continue your run to Hakaniemi. You will pass more landmarks, such as Ympyrätalo (“Circle Building”) and Hakaniemi market square. Return back to Finladia Hall through beautiful Kaisaniemi Park.