A Guide to the Best Places to Run in Helsinki, plus Vantaa and Espoo 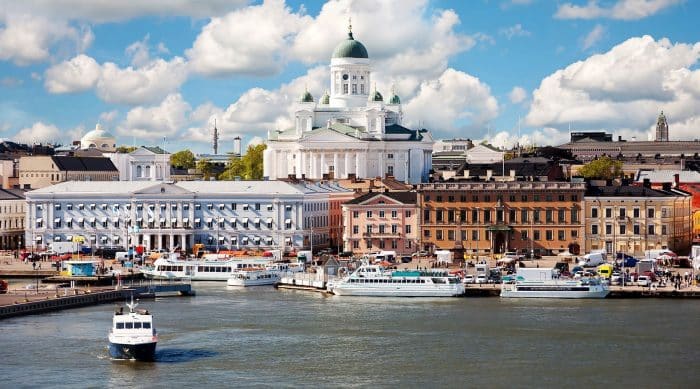 Go running in the northernmost city in the world with a population of over 1 million!  Helsinki is the vibrant, livable capital of Finand, located on the shore of the Gulf of Finland, by the Baltic Sea. The city has a vibrant, future-oriented feel, with influences from relatively nearby Tallinn, Stockholm, and St. Petersburg. Running has a long heritage in Finland, as the “Flying Finns”,  Paavo Nurmi, Hannes Kolehmainen and Lasse Viren won dozens of Olympic medals in middle- and long distance running in the 1910–1950 and 1970–1980 periods. This has contributed to strong infrastructure and culture for running in Helsinki. Note: winter days are very short due to the northern latitude — but the streets and paths are very well-lit.

The best places to run in Helsinki take advantage of the city’s waterfront location, with some great routes along the Gulf, around Töölönlahti Bay, and out to the numerous islands, including the UNESCO site, Suomenlinna Forest. For a sense of the city’s history, enjoy our run around Senate Square and the City Center area. For some uninterrupted greenery, and a bit of trail runing, head to Central Park. We’ve also included some routes in Espoo and Vantaa, which form part of Helsinki’s core.

Helsinki has an excellent transportation system consisting of trams, trains, and buses. A metro currently goes to the eastern suburbs but is being expanded to the western suburbs.

Some of our favorite runs in Helsinki, Finland 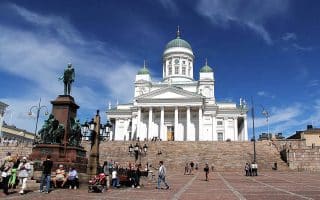 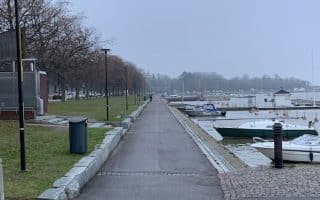 Along the Water | Parks
Nice run along waterfront paths, and Kaivopuisto Park. Near the ferry terminals, and a great option if staying at one of the waterfront hotels such as the Radisson Blue/Clarion. For a longer run, head further north along water to connect with City Center.
Explore 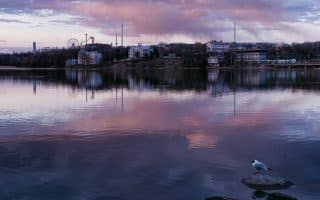 Along the Water | Historic / Tourist | Iconic | Olympic Sites | Runseeing
Töölönlahti Bay, located north of the city centre, is one of the most popular and scenic running paths of Helsinki. The core loop around Töölönlahti is only 2 km, but we've designed an 8.5 km route that features a waterfront path east to Hakaniemi.
Explore 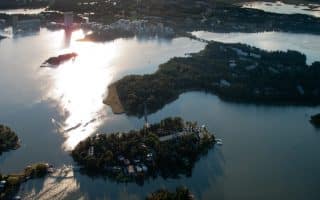 Along the Water
This route offers breathtaking views along the waterfront, and includes Meilahdenpuisto Park, and Lehtisaari & Kaskisaari islands. Includes Sibelius Park.
Explore 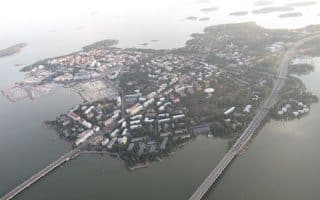 Along the Water
Lauttasaari Island provides another opportunity to explore the shoreline and parks just to the west of the city center. There are nice paths along two city parks, with great water views. For a terrific 10k loop, start at the Ruoholahti metro station.
Explore 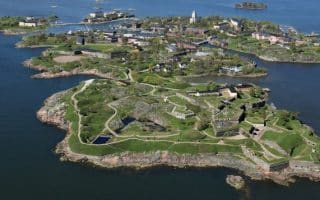 Along the Water
An inhabited fortress built on six islands, accessible only by ferry. Enjoy the 3-mile tour of this UNESCO World Heritage Site.
Explore 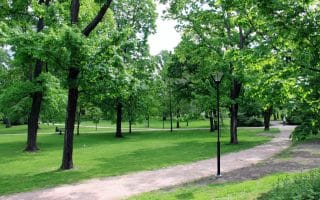 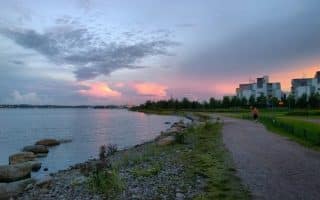 Along the Water | Parks
A pleasant run along gravel paths through parks and along the Vantaa River. Start in Arabianranta and run to Vantaanjoki, to Pikkukoski swimming beach and Savelanpuisto Park. Combination of wooded tails and some shoreline.
Explore 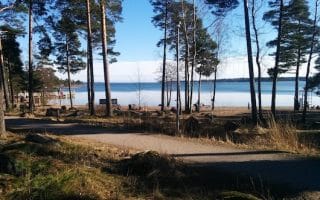 Along the Water | Multi-Use Trails | Trail Running
Espoo is a major suburb of Helsinki, combination residential community and center of some corporate offices. The best place to run in Espoo is along the waterfront path, up to 6.3 km one-way, with some great water views and some wooded sections.
Explore

Along the Water | Historic / Tourist | Iconic | Olympic Sites | Runseeing
Töölönlahti Bay, located north of the city centre, is one of the most popular and scenic running paths of Helsinki. The core loop around Töölönlahti is only 2 km, but we've designed an 8.5 km route that features a waterfront path east to Hakaniemi.
Explore

Helsinki has a humid continental climate and usually the best time to visit is spring or summer. The average maximum temperature from June to August is around 66 to 72 °F. In wither months, prepare to run on some snow and ice, and bring also warm clothing. Winter is cold and dark. Snowfall can occur from October to March. Because of the latitude, Helsinki has extremes of daylight; shortest daylight in December lasts only under 6 hours and conversely, running at 11pm in the summer months is a special treat! Note that the streets and paths in winter are well-lit, so don’t let the darkness stop you!

Helsinki is a rather small city and most of the best hotels are located within a few mile radius in downtown. Any of these hotels will offer convenient access to the best running routes. In addition to big international chains such as Hilton and Best Western, see also the following options:

Omena Hotel. Two central locations in Helsinki. Known for cheap rates and self-service. There is no reception desk or receptionists in the hotels — rooms are booked and paid for on the internet.

4Runners. The only specialized running store in Helsinki. This 20+ year old store is currently located in Kluuvi shopping mall in the heart of the city.

Intersport Puhos. Not just another Intersport. Highly skilled sales staff helps you to find the right shoes and gear from the wide selection. Located east from the city next to Itakeskus shopping mall.

XXL. Price-driven big box retailer which has disrupted Scandinavian sporting goods retailers recently. Locations in Kluuvi and Itakeskus shopping malls, as well as in Tammisto quite near to the airport.

Juoksuliike. Running community operating in various cities across Finland. Has regular group runs where anyone can join by paying a small fee. Website available only in Finnish; to get more information in English, contact info@juoksuliike.fi

Helsinki City Run is an annual half marathon that takes place every May as a road running event around the streets and parks of Helsinki.

Helsinki City Marathon is the main marathon event in Helsinki. It was established in 1980 and is held annually, usually in August.

Midnight Run. 10k annual run taking place in the end of August or beginning of September. Course passes through the heart of Helsinki after the sunset, start time being after 9pm.

Extreme Run. Wear your funny hat and prepare to face some obstacles in this not-too-serious race taking place in Vantaa, near Helsinki, every May since 2010.