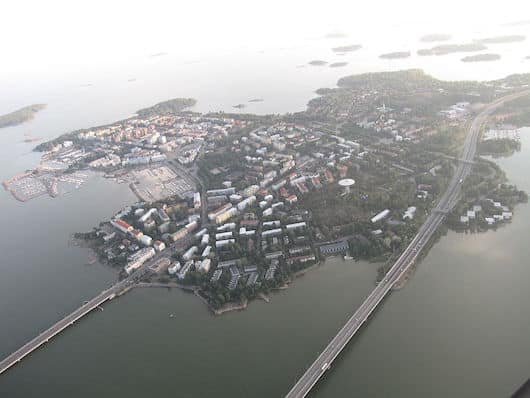 Lauttasaari Island provides another opportunity to explore the shoreline and parks just to the west of the city center. There are nice paths along two city parks, with great water views. For a terrific 10k loop, start at the Ruoholahti metro station, and run over the bridge, to Lauttasaari, which has decent sidewalks and good water views. To do a loop of the island, take the paths north along the water and then use Pohjoiskaari to head over to the paths on the western side. Head south and run along the Lemissaarentie, sort a linear park, to the southern end of the island, marked by Särkiniemen Park Lauttasaari Outdoor Park. Then, run north along the eastern shore of the island, following paths and the Veneentekijäntie.

Notes: The eastern side is not as pretty as the western side, so one option is to do more of an out and back rather than a loop. To shorten the run, take the metro to Drumsö on the island, which saves 5 km overall on the run.