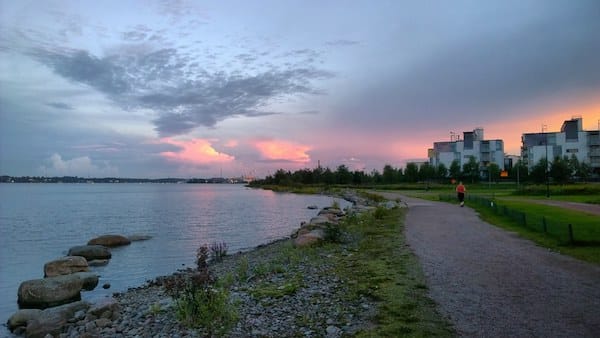 In the northern part of Helsinki and easily accessible via tram, this is a pleasant run along wooded trails through parks and along the Vantaa River. A good place to start is in Arabianranta, just east of the Botanic Garden. Run on the shoreline paths through Majstads strandpark (Toukolan rantapuisto), and then along paths on either side of the river. It’s ~4 km to the Pikkukoski swimming beach, and 5 km to the turnaround at Savelanpuisto Park. For the return, you can run on either side of the river bank.