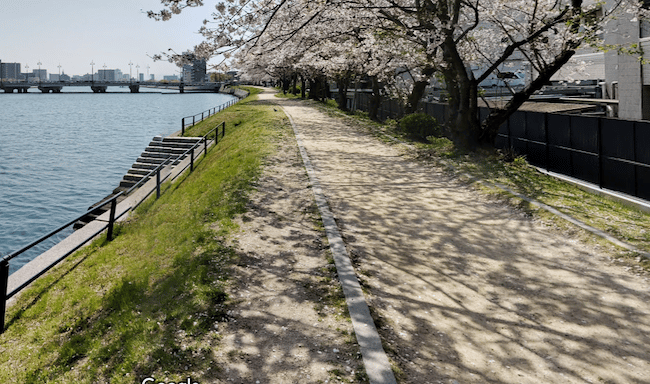 The paths along the Kyobashi River are among a series of riverside options in Hiroshima that are pleasant for running. The river intersects the eastern end of Peace Blvd. and Hijiyama Park. There’s a decent gravel path, especially on the west side of the river, that goes for 3.4 km from the southern end at Miyuki Bridge, north to Shukkeien garden. The path is better developed on the western side, although it is possible to do a loop, crossing over the small bridge at Nagarekawa Nursery School to run along the east side. If you’d prefer to start more centrally, say at the eastern end of Peace Blvd., it’s at the approximate mid-point of the path.

Add-Ons: At northern end, Shukkeien garden. At mid-point: Peace Blvd. heading west, or Hijiyama Park, to the east of the river.