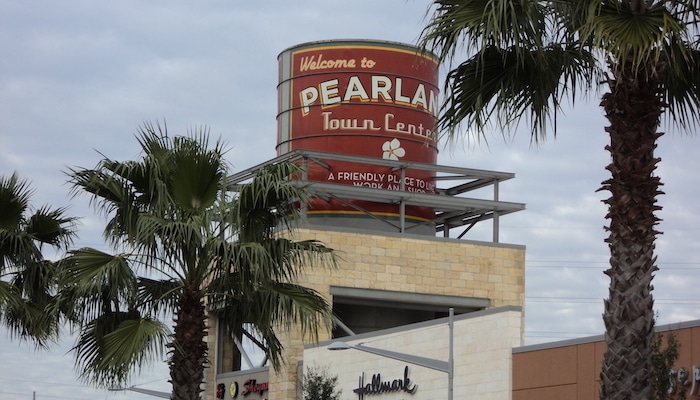 Pearland, Friendswood, and Pasadena are the suburbs closest to the southeast part of Houston. Recommended running routes:

Tom Bass Regional Park. This large park surrounding the Clear Creek Golf Club in southern Houston/northern Pearland has a 1.25 mile asphalt jogging loop around a lake with a 1.35 mile extension leading to other parts of the park.

1776 and Frankie Carter Randolph Parks. In addition to playing fields, a disc golf course, and tennis courts, visitors to this set of parks in the northern part of Friendswood will find lots of dirt and concrete trails surrounding the Clear Creek. The adjacent Heritage Park neighborhood has some nice paths and sidewalks to add on for longer runs.

Lake Friendswood Park. Though not a long route, the 1 mile loop around the waterfront of Lake Friendswood is worth a mention for its added bonus of stationary exercise equipment and bouncy boardwalks.

Vince Bayou Path. Combine a loop around the asphalt circuit of Strawberry Park with the waterfront loop of Burke Crenshaw Park by using the Vince Bayou Path along Strawberry Road. An out and back can be up to 8.5 miles. ROUTE  MAP