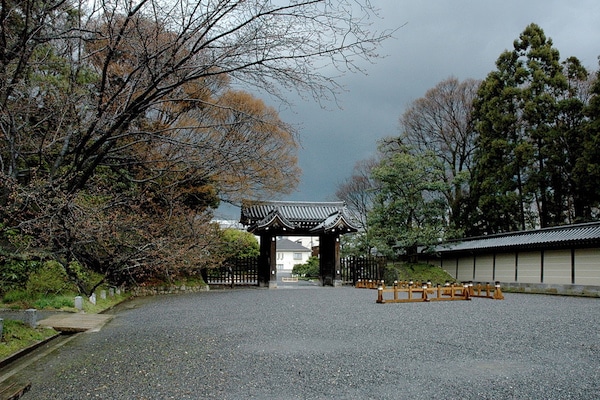 We haven’t designed a particular route, but see the attached map of the paths. It is 1.3 km from north to south and 0.7 km from east to west. One can run through the gardens (shorter run) and an outer course, more around the perimeter of the area. There are recreational areas on the east side of the park, as well as restrooms, fountains, and drinking fountains. There are lovely gardens and the area is well maintained and manicured. There are cherry blossoms in spring.

Longer Run: Just to the east of the Palace, there is nice running on the Kamo River, mainly heading south. There are dedicated paths for walking/running. Or, ~ 1 km west of the palace is Nijō Castle, where there’s a popular 1.8 km course around the perimeter.

Castle built in 1603 is one of the more popular visitor sites in Kyoto. It's also popular... more...