No Thanks
Jackson/Jackson Hole, WY 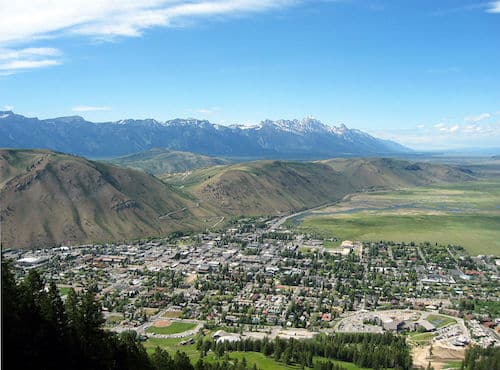 The Jackson area has an extensive system of multi-use paths — some 65 miles at last count. It’s a combination of paved bike paths, good side streets pleasant for walking or running, and connectors to area attractions such as Grant Teton National Park  We’ve included links to the overall map and guide, courtesy of Friends of Jackson Pathways. Note the separate guide for winter, which indicates which paths are plowed! The trails shaded green on the map are more for hiking/trail running.

A few of the best and most centrally located for running, using the town of Jackson as the locus point:

Town of Jackson north to Grand Teton National Park. Paved pathway between Jackson and Moose, passing by the Elk Refuge, and as far as Jenny Lake Visitor Center in the Park. Dedicated path the whole way — some sections along a busy road.

Jackson to Wilson. Paved Pathway for ~ 7 miles west to Wilson.

Our guide to some of the prettier, quieter road running options in the area -- all accessible... more...