No Thanks
Kaohsiung City, Taiwan 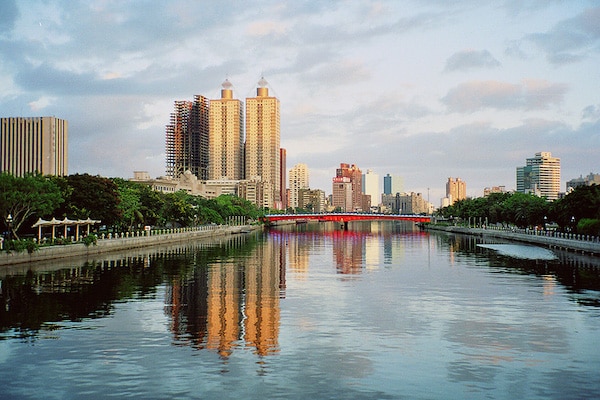 The paths along the Love River are the signature spot for running in Kaohsiung. The river flows through Kaohsiung into the Strait of Taiwan and divides the city to the eastern and western part, with the east side being the commercial heart of the city. There are nearly 10 km of paths one-way along the river.

The southernmost point starts near the Lingyaliao Iron Bridge. Follow the western side paths for 1 km to Kaohsiung 228 Peace Memorial Park and the Museum of History. Here, it’s best to cross over to the eastern side, along Hedong Rd. At just past the 3 km park, reach the Jhongdou Wetlands Park (paths in the park make a nice detour). At ~6 km is the so-called “Heart of the Love River“, with its gracefully curved bridge. Here, there are paths on both sides of the river, continue for another 4 km, passing a Buddhist Temple and Heti Park, into Smile Park, which is a linear park that runs for 1.5 km between two roads.