No Thanks
Kigali, Rwanda 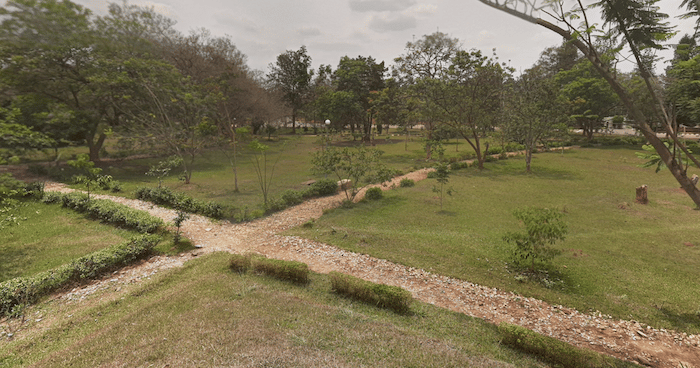 The area around Kimihurura Park is among the best places to run in Kigali. The park is located in an area of numerous government buildings, and just west of the Convention Center. The Radisson Blu Hotel is a popular place to stay in the area.

The park itself lies inside the KG 1 roundabout — one can do ~1.5 km on the paths inside the park. There are good views of the iconic, beehive-shaped Convention Center. We recommend combining the park with the crescent-shaped roads just west of the park, between the park and KK1 Ave. It’s an area of government buildings, embassies, and hotels. The roads are rolling hills and have decent sidewalks, making for safe running.  Combined the park with these roads can be an ~8 km run.

Just east of the park is the Convention Center, around which there are some quieter roads and paths.