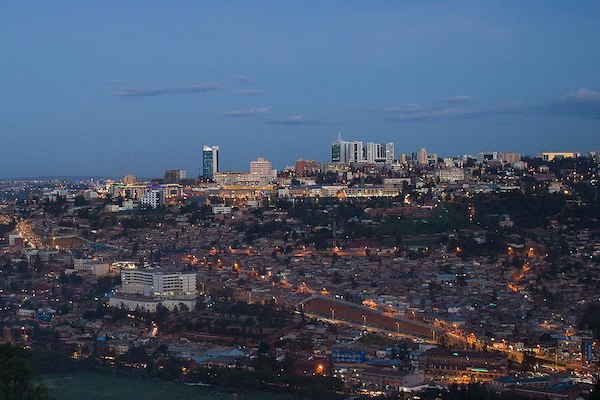 Kigali is the capital and largest city in Rwanda, located in a region of rolling hills. With its wide, clean streets and thriving cultural scene, Kigali is among the better major cities for running in Africa. Runners should note that Kigali sits at 1400m, so altitude is a factor. The city has great weather for running, with daytime temperatures near 27C year-round and nights that cool to 15-16C.

It is generally safe for running in Kigali, especially in the Central Business District , where you’ll see other runners on the wide sidewalks along the main roads along the hotel strip and around the Presidential Palace. The best place to run in Kigali is on the paths in Kimihurura Park and the roads around it. We’ve also mapped a couple of routes in the northeast part of Kigali toward Kagugu, which features some nice countryside. Outside the city, there are extensive trail running opportunities in the beautiful rolling hill terrain.

Runners should also note that the first and third Sundays of every month are CAR FREE days, with tons of people out exercising on the streets of central Kigali.

Some of our favorite runs in Kigali, Rwanda

The area around Kimihurura Park is among the best places to run in Kigali. We recommend running... more...

Kagugu: Taste of the Countryside

We've mapped a couple of routes in Kagugu, a somewhat upscale area in the northeast part of... more... 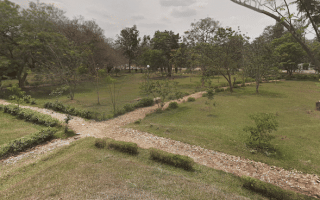 Parks
The area around Kimihurura Park is among the best places to run in Kigali. We recommend running ~1.5 km along the paths inside the park, and then on the crescent-shaped roads just west of it, which pass government buildings, embassies, and hotels.
Explore 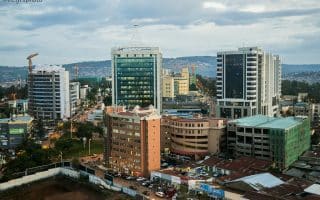 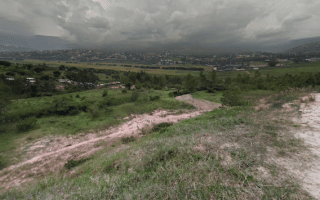 Kagugu: Taste of the Countryside

Hilly
We've mapped a couple of routes in Kagugu, a somewhat upscale area in the northeast part of Kigal. These routes feature some nice open countryside terrain through villages and fields, and aren't too hilly.
Explore

Kigali has a temperate tropical highland climate. Temperatures are moderated in part by the city’s altitude, and are uniform year-round, with daytime highs in the 26-28C (79-82F) range and lows of 15-16C (60F). There’s rainfall year-round, though June through August being quite dry. 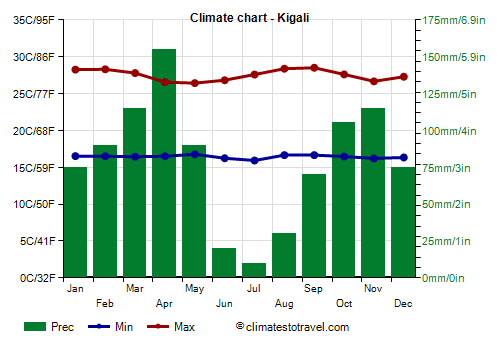 There are two running groups in Kigali we’re aware of:

Kigali Marathon. May. Challenging course, with hills. The event attracts lots of great runners, including “Kenyans who come in literally by the busload to try to snag the prize money”. The event has a half and a relay, too.