No Thanks
Kobe, Japan 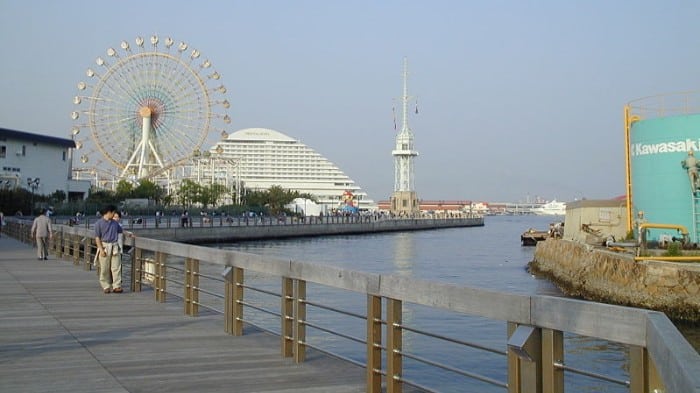 As a coastal city along Osaka Bay, Kobe has plenty of waterfront running along its spacious promenades. There are numerous sections, not one long continuous parh. From east to west:

HAT Yume Park to Minato No Mori Park.  This is the longest of the promenades. It’s 2.5 km along the water to Saigogawakawaguchi Park. Runners can follow the path inland through Onohama Park and Minato No Mori Park for another 1.5 km. ROUTE MAP.

Meriken Park to Harborland Park. This 2.75 km section of walkway is one of the most scenic and festive areas of the Kobe Waterfront, passing by icons such as the Port of Kobe Earthquake Memorial Park, the Meriken Park murals, Kobe Port Tower, the Mosaic Ferris Wheel, and the Kobe Port Signal Station. ROUTE MAP.

Maiko Marine Promenade. This section is further west, and goes for 2 km between the Akashi Kaiko Bridge and the public baths at the Maiki Beach Resort. The scenic promenade passes through Hyogo Prefectural Maiko Park and Maiko Higashi Seaside Park. ROUTE MAP.