A Comprehensive Guide to the Best Places to Run in Kobe 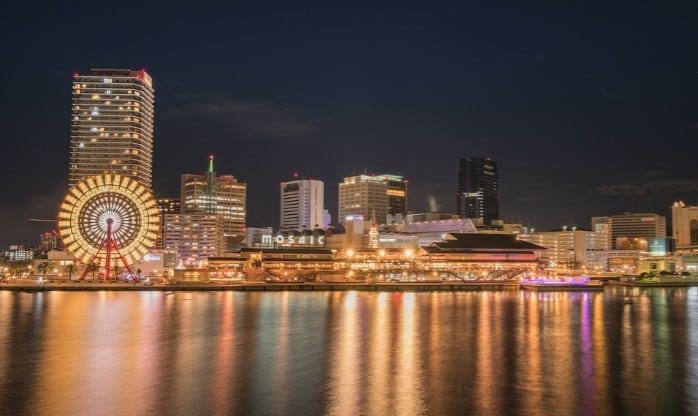 Kobe is the capital of Japan’s Hyōgo Prefecture, located on the Osaka Bay about 30 km west of Osaka City. Kobe is one of important port cities in the country, and has come back remarkably from a major earthquake in 1995. The city is famous for its marbled Kobe Beef and as the headquarters of several prominent multinational corporations – including the footwear giant ASICS. There are many places to run in Kobe, notably along Osaka Bay, several riverfront towpaths, and attractive public parks. In general, Kobe has runnable sidewalks on many of its major city streets. Note that Osaka is 30 km away and is one of our favorite cities for running in Japan.

The waterfront promenades of Harborland, Suma, Maiko, and Wakinohamakaigandori are the best places to run in Kobe. Runners may also enjoy several river towpaths,  small, attractive parks such as  Shiawase No Mura and Suma Rikyu, and a unique run on the Venus Bridge.  There’s also some scenic trail running around Mount Maya and Mount Rokko, with some hilly terrain for those who want that.

Kobe is an easy city to navigate, with several subway lines and a bus system that services all corners of the city. Kobe’s many ropeways (cable cars) are also a great asset to routes like Mount Maya and Mount Rokko. Take note of day passes and U-Cards, and consider the Kobe City Loop bus for transportation to the city’s main attractions.

Some of our favorite runs in Kobe, Japan

By far the best running in Kobe is along the waterfront promenades of Osaka Bay. There is... more... 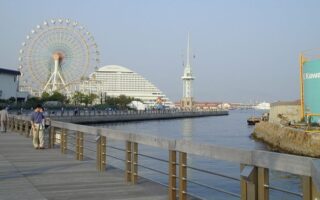 By far the best running in Kobe is along the waterfront promenades of Osaka Bay. There is no one continuous path, but runners can find good sections near Harborland, Suma, Wakinohamakaigandori, and Maiko.
Explore 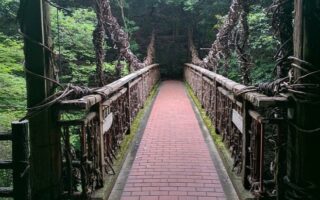 The trail up Mount Maya beginning from Shin-Kobe Station is one of the most popular outdoor spaces in Kobe. Highlights of this uphill run include the Nunobiki Waterfall, an herb garden, and an Observation Deck.
Explore 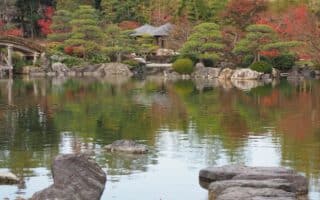 This planned community, intended to support elders and foster community growth, is a great place to run on well-kempt sidewalks and paths. There's also a running track and numerous athletic facilities.
Explore 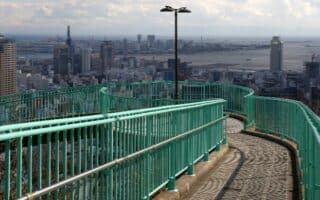 Enjoy stunning views of Osaka Bay from the top of the iconic Venus Bridge, and amp up your mileage on tree-lined paths along the Ujigawa River towards Ujigawa Park and Okurayama Park.
Explore 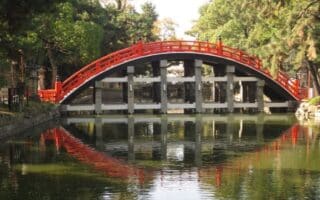 We’ve mapped out three of the best riverside towpaths in Kobe, including nice spots on the Toga River, the Sumiyoshi River, and the Shinminato River. All easily accessible via transport.
Explore 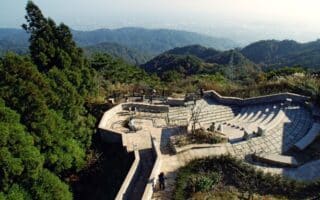 Run to the top of Kobe’s tallest mountain on a gentle dirt trail beginning at the gorgeous Rokko Garden Terrace. A not too hilly, 6 km out and back. Numerous other trail options, including an ascent from Ashiyagawa Station.
Explore 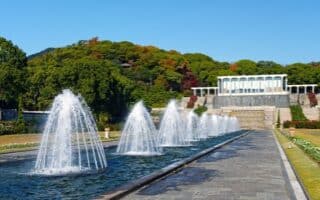 This gorgeous park of gardens and fountains in the Suma area has its own running track, but it can be combined with nearby walkways, the Botanical Gardens, or the Suma Promenade for more mileage.
Explore

By far the best running in Kobe is along the waterfront promenades of Osaka Bay. There is no one continuous path, but runners can find good sections near Harborland, Suma, Wakinohamakaigandori, and Maiko.
Explore

Kobe has hot, humid summers and relatively mild winters. Runners should take note of temperatures that average near 32C (89F) in summer, with very warm nights. In winter, average highs are near 8C, with nights dipping to just above the freezing point. Major snowfall is rare, but can happen in the mountains nearby. Summers are much wetter, in the form of downpours. Spring is delightful and famous for cherry blossom season.

Most Kobe hotels are conveniently located in the central district. For a list of accommodations, see The Official Travel Guide of Kobe.

Kobe has many of the biggest chain running stores, including ASICS, Nike, and New Balance.

For group runs, meet up with the Kobe Runners or the Kobe Hash House Harriers/Harriets.

The Kobe Marathon is the signature running event in Kobe.