No Thanks
Kuwait City, Kuwait 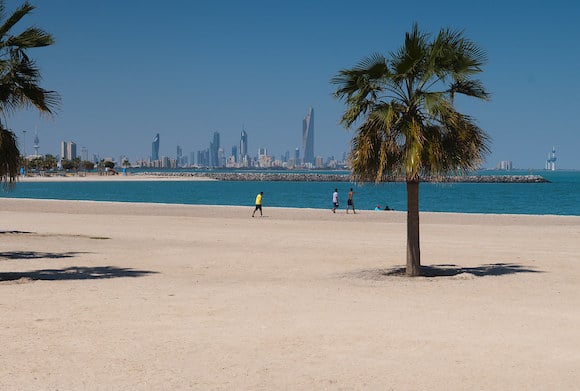 The signature run in Kuwait City is the extensive seafront promenade, often referred to as the Corniche. The nicely landscaped path follows the coastline, roughly paralleling Arabian Gulf St. for 13 km between the Scientific Center in the south and Kuwait Towers in the north. There are great views of Kuwait Bay out to the Persian Gulf. This is the most popular area for running in Kuwait.

Starting at the Scientific Center (Aquarium) in Salmiya, run along the Marina Walk for ~3.5 km to Marina Park/Beach. This would make for a nice ~ 7k out and back. Or, continue along the waterfront promenade, which is nicely landscaped in parts. A highlight is Green Island (9 km mark headed north), a waterfront park with great views and a ~2 km additional loop. Near the northern end, take a jaunt out to Head of the Bridge, which affords great views of the water and Kuwait Towers (three glittering blue-tiled towers, one with a revolving sphere).

Add-Ons: Some good options to add on in Salmiya, mainly the Boulevard (large entertainment complex with lakeside trails), which is 1.5 km inland from the Marina Walk (use Qatar St.).