A Guide to the Best Places to Run in Kuwait, Mainly Kuwait City 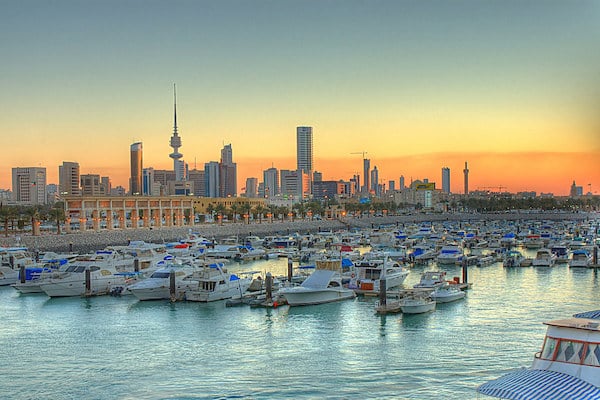 Kuwait is situated in the northern edge of Eastern Arabia at the tip of the Persian Gulf. Our guide to running in Kuwait is mainly focused on Kuwait City, where 85% of the country’s population of 4.5 million resides.

The best place to run in Kuwait City is along the Corniche, or waterfront promenade. It’s 13 km between the Scientific Center (Aquarium) and Kuwait Towers, with a nice 2 km add-on loop around Green Park. The other popular running spots in Kuwait City are two modest-sized parks: Al Shaheed Park, a contemporary green space with running trails, and Boulevard Park, adjacent to the Boulevard Mall in the upscale Salmiya area. In the Mubarak Al-Abdullah section of Kuwait City (southern area), one decent option for running is the 3.5 km Mishref Pedestrian Walkway. There’s also a publicly accessible running track at Al-Sadaqua Walsalam Stadium. Although Kuwait City has numerous public beaches, most are fairly small and aren’t conducive to a run of at least 2 km (our minimum qualifier for a beach run!). For those who want to do some trail running in the desert, we recommend a guide for that.

Runners should note that Kuwait’s summer temperatures are some of the hottest on earth, with average high temps in the 45C (113F) range. There can also be sandstorms in June and July. The winter months are pleasant, with daytime highs in the 18-20C (65-68 range). Nights can be cool – a layer might be needed from November to March. It’s s dry climate, with half of the 80mm (3.5 inches) of annual rainfall occurring from November-February.

Some of our favorite runs in Kuwait City, Kuwait

The signature run in Kuwait City. This 13 km seafront promenade runs between the Scientific Center and... more... 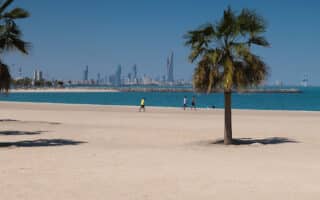 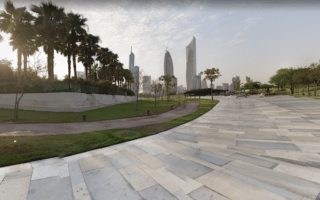 The beautifully landscaped Al Shaheed Park is our other favorite place to run in Kuwait City. Located 1.5 km inland from the Corniche, there are jogging trails, a museum, fountain, and outdoor sculptures. It's ~2 km end-to-end.
Explore 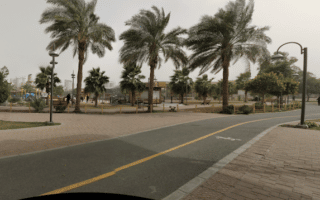 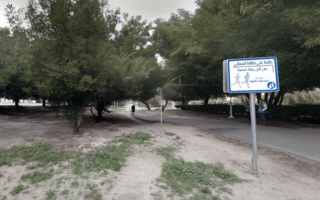 This won't win any 'scenic running' awards, but this 3.5 km pedestrian walkway is a serviceable spot for a run in the Mubarak Al-Abdullah section in southern Kuwait City, home to numerous embassies, schools, and residences.
Explore

Kuwait’s climate is a factor for runners. Summer temperatures are some of the hottest on earth, with daily high temperatures of around 45C (113F)! Spring and fall are warm and more pleasant, with some humidity. Winter

For access to the best running, we recommend trying to stay in one of the many hotels near the Corniche. The Salmiya area is especially nice and has the best running options in the city.

The most active run club in Kuwait City is q8runclub. They have group runs Mondays 7:30PM @ Babel, Salmiya.