No Thanks
Lagos, Nigeria 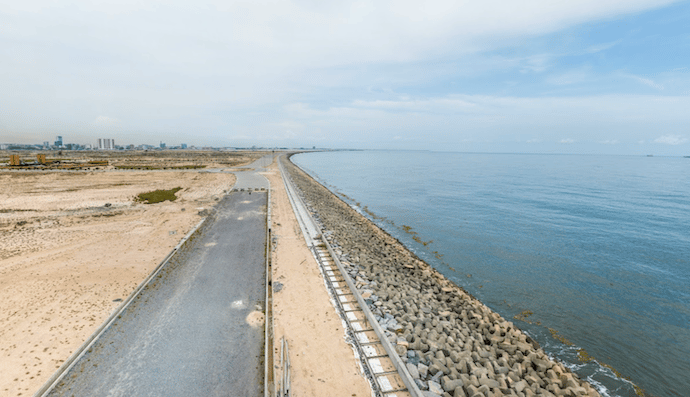 Eko Atlantic, a new housing development on Victoria Island, has become one of the better places to run in Lagos. Although many of the roads are still under development, there are already some waterfront paths in place that make for a pleasant, traffic-free run. There’s a waterfront path on the western side, near the Alpha One and Azuri Towers, as well as on the southern side near the City View Point. These are wide, well paved, and well lit paths, although there are gaps preventing a full combined route along the western/southern edges. There are also some interior roads that have been completed, and they generally have sidewalks. Some of the unfinished areas are dirt roads/paths that are runnable. In general, one could put together a decent 7-8 km run here.

Note: Eko Atlantic is still under development, so there will be an expanding number of ‘runnable’ roads and paths in the area.