The Best Places to Run in Lagos, including Lagos Island and Lagos Mainland 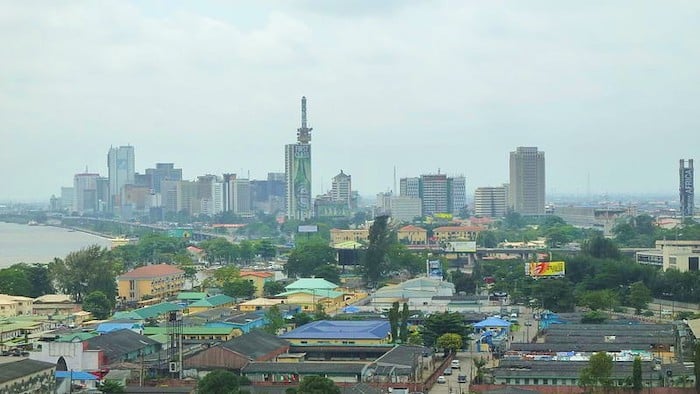 The most populous city in Africa and a major financial center, Lagos is one of the fastest-growing cities in the world. There are two sections of Lagos, separated by the Lagos Lagoon: the original city of Lagos, located on Lagos Island, and the Mainland, where most of the recent westward expansion has occurred. We must say that running in Lagos can be a challenge, between the lack of runnable roads, the heat, and the poor air quality. Many streets lack proper sidewalks, and are traffic-choked and crowded. But there are some good spots, mainly in Ikoyi and Lekki on Lagos Island. On the mainland, some of the best streets for running are located within the private ‘estates’, which are gated/walled residential communities and not generally accessible to visitors.

One of the most popular places to run in Lagos is over the Lekki-Ikoyi Link Bridge. There are also some decent streets for running in Ikoyi, including a loop of Banana Island. On Victoria Island, the new housing development of Eko Atlantic has some decent waterfront paths. The area around Freedom Park has some decent running. We also find that some of the best spots for running in Lagos are along the numerous beaches in Lekki, which are fairly wide and have firm sand. On the Mainland, it’s more challenging to find good places to run, unless you have access to some of the private estates.

Note: Lagos weather is very hot year-round and the air quality can be poor. Runners should use caution. For transport, there’s a fast-growing bus rapid transit system.

Some of our favorite runs in Lagos, Nigeria 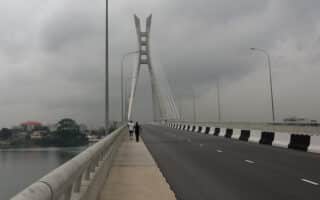 One of the more popular spots to run in Lagos is the Lekki-Ikoyi Link Bridge, which features a decent pedestrian/cycle path. The bridge itself is 1.4 km. There are additional running options in Ikoyi and Lekki.
Explore 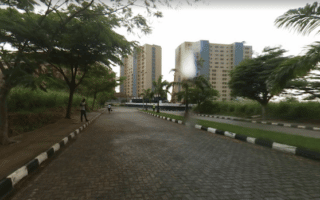 Banana Island is one of the premier Lagos 'estates', and among the better spots for a road run. The main roads around the island feature wide, brick sidewalks. A loop of the island is about 7 km.
Explore 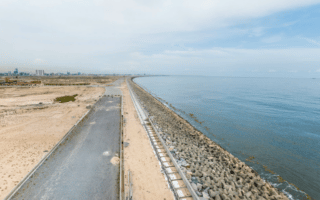 This new housing development on Victoria Island has become one of the better places to run in Lagos. Although many of the roads are still under development, there are already some waterfront paths in place that make for a pleasant, traffic-free run.
Explore 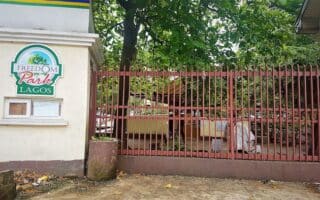 Do a few loops of Freedom Park, an oasis in central Lagos. Then explore some of the city's key sights, in the vicinity of the park, using the sidewalks on some of the larger streets. Not bucolic, but runnable.
Explore 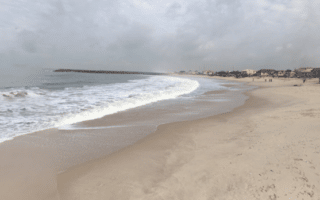 Best Beaches for Running in Lagos

The beaches offer some of the best opportunities for running in Lagos. On Lekki, there are several adjoining beaches which are wide and feature firm sand. Alpha Beach to Atican Beach is one good stretch. We also like Elegushi Beach and Eleko Beach.
Explore

Runners should be aware of Lagos’ tropical savanna climate. The city’s location near the equator means little variation in temperature. Daily highs ramge from 28C (82F) in winter to 33C (91F) in summer, with nights that rarely go below 21C (70F). There are distinct wet and dry seasons, with most of the annual rainfall occurring from March through October.

There are no dedicated running shops in Lagos, but there are numerous sporting/recreation stores that carry running gear.

The Road Warriors Fitness Club Ltd (RWR!) is a non-profit organization of professionals, mostly Nigerians, who meet regularly every week to run anywhere between 5 and 40 km, as well as train in various other sporting disciplines.