No Thanks
Lausanne, Switzerland 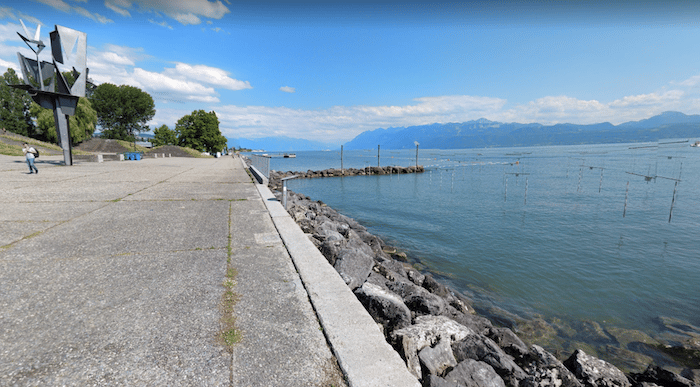 We’ve divided the Lake Geneva paths in Lausanne into two sections. This route is a beautiful waterfront run from Port d’Ouchy west to Saint-Sulpice. The first section of the ‘Qaui’ (path) loops around the Port d’Ouchy and marina for 2 km, passing the Bellerive Beach, to the Vidy port. The path turns into the Promenade de Vidy, passing the Stade Pierre-de-Coubertin (named after the founder of the modern Olympics). This section is along the lake but also through a long park, ending at the Port Saint-Sulpice, which is adjacent to the University of Lausanne campus. It’s a 9 km out and back, with some options to add in the parks and down some of the port/marina paths.

Longer Run: The waterfront path also heads east to Pully for 3.3 km. If you combine both, the total is 15.5 km.

The eastern section of the Lausanne lakefront path goes for 3.3 km from Port d'Ouchy to Pully.... more...