No Thanks
Leeds, England 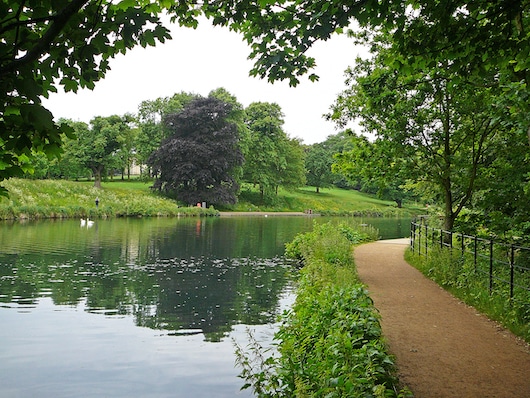 Roundhay Park is a terrific spot for running, with miles of paths and something for everyone. The park, located 3 miles north of Leeds, offers 700 acres of rolling parkland with lakes, woodlands, formal gardens. We’ve created a 5.3 mile ‘grand tour’ of the park to use as a guideline, but it’s best to create your own route. Also site of a parkrun.

Start at the Waterloo Lake car park, and do a pleasant 1.6 mile loop of the paths alongside Waterloo Lake. Next, do a 1-mile loop of the more formal part of the park, including the gardens at the western end. Then enjoy an 0.5 mile loop around Upper Lake. The final section is more of a 1.5 mile trail run around several overlapping ‘geology trails’ at the northern end of the park. These mainly wooded trails are hillier, with some tricky footing in parts.

For more, take a jaunt around Soldier’s Fields at the southern end of the park.