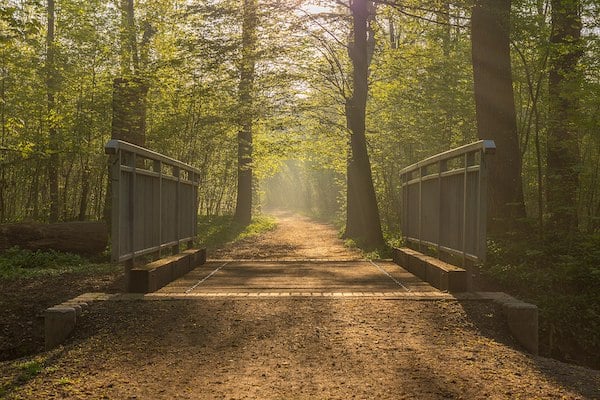 One of the unique geographical features of Leipzig is its Riparian Forests (Auwald), which are wooded areas next to a river or other body of water. There are several Auwald preserves near Leipzig center (Zentrum) that feature pleasant wooded paths for running. We’ve divided this into northern and southern routes.

The northern Leipziger Auwald starts just north of the city center, adjacent to the popular and well-regarded Zoo. The Auwald starts with some open fields next to the zoo, with more wooded paths as you head north toward the observation deck (Wackelturm), which features great views of Leipzig and the area’s waterways. It’s 2.5 km from the zoo to the Wackelturm.

For more, continue north on one of the popular, marked running trails toward Auensee Lake. It’s ~2.5 km from the Wackelturm to Auensee Lake.

Loop Options and Add-Ons: It’s fun to do a loop incorporating the Auwald and the riverside paths. There are also other parks and trails nearby: 12 km of paths along the river,  other parks and preserves adjacent to the river paths, and the southern Auwald.