No Thanks
Leuven, Belgium 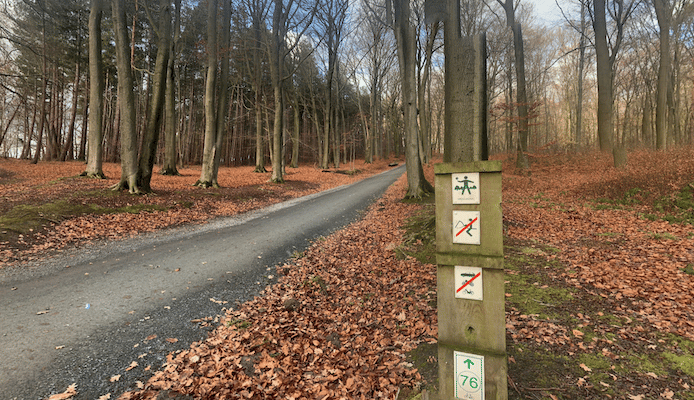 In southern Leuven in the area just south of the E40 Highway, there’s some nice running in two adjacent areas: Heverleebos is the National Woods, with several miles of trails, while just west of there is the Vijvers van Oud-Heverlee Nature Preserve, which has dirt/grass paths.

Heverleebos. Several miles of mainly wooded paths. A nice route is from the Arboretum west, and then south to the Kasteel harcourt (3 km), and then another 1.5 km on paths along Zoet Water (lake).

Vijvers van Oud-Heverlee Nature Preserve. This preserve, just south of the E40/A3, has dirt/grass path alongside the River Dyle and a lake.  A nice option is a route of up to 5.4 km one-way along the river to the Kasteel Van Neerijse (castle), or even longer continuing south to Huldenberg.  Can also connect to Heverleebos using our mapped route.

Grand Loop. We’ve mapped a 12 km loop oute combining the two areas. Use it as a guideline for running your desired length and connecting the two.

Scenic university campus, trails along a river with woods, farmland, a castle, and a running track. All... more...