A Comprehensive Guide to the Best Places to Run in Columbia 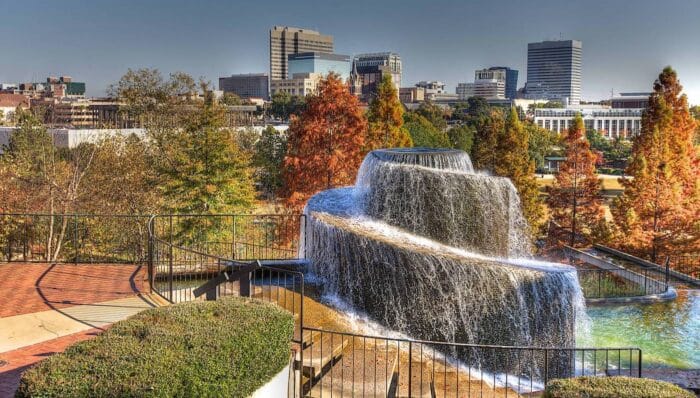 Columbia is South Carolina’s capital and second-largest city. It’s located in the central part of the state at the convergence of the Saluda, Broad, and Congaree rivers. Columbia rests on the traditional lands of the Mississippian culture, and was a key city in the U.S. Civil War. Today, “Cola” or the “Soda City” is best known as the home of the University of South Carolina and for its large Army and National Guard bases. There are great places for running in Columbia is a great place to run, with greenways along the rivers, beautiful neighborhoods, and lots of surrounding forest land.

The most popular place to run near the center of Columbia is the Three Rivers Greenway, starting from Riverfront Park. Local forests and recreation areas like Harbison State Forest, Saluda Shoals, Lake Murray Public Park, and Sesquicentennial State Park also have a multitude of trails. For those who prefer pavement, or routes nearer to the city, we’ve also pointed out the best residential neighborhoods for running in Columbia. For a longer off-road trail, the Peak Prosperity multi-use trail, a section of the Palmetto Trail, starts in Alston (25 miles northwest of Coluimbia).

The neon COMET busses are an unmistakable staple in Columbia’s public transportation system. They’ll take you to the start of nearly any route for $2. The Soda Cap Connector Bus, which links some of the main tourist areas, is free. Same goes for the “E-Rover” downtown courtesy shuttle. The bike share and ride share scene is also laudable, so you’ll only need to bring or rent a car as a last resort.

Some of our favorite runs in Columbia, SC

The most popular running route in Columbia. Starts from Riverfront Park and run north, or cross into... more...

A large wooded area bordering the Broad River in northwest Columbia. The 4.4-mile Firebreak Trail is the... more... 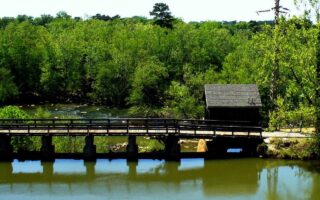 The most popular running route in Columbia. Starts from Riverfront Park and run north, or cross into West Columbia and run south. Up to 8 miles one-way.
Explore 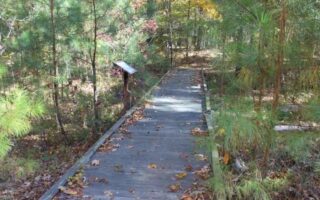 A large wooded area bordering the Broad River in northwest Columbia. The 4.4-mile Firebreak Trail is the most runnable trail in the park.
Explore 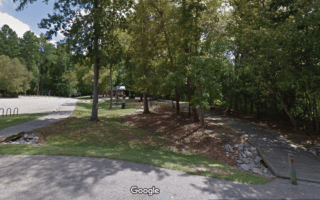 Saluda Shoals Park has 10 miles of runnable trails along the Saluda River in northwestern Columbia, including the paved 2.25 mile Greenway Trail.
Explore 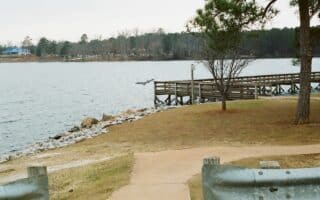 Run across the top of the Dreher Shoals Dam. There is a 1.7 mile paved path connecting Lake Murray Public Park to the North Recreation area, featuring great water views.
Explore 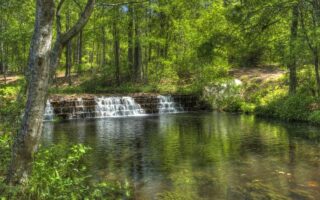 Sesquicentennial State Park, aka “Sesqui,” is another nice running option in northeast Columbia. The 3.5-mile loop trail is the best choice for running, but there are lots of connecting trails.
Explore 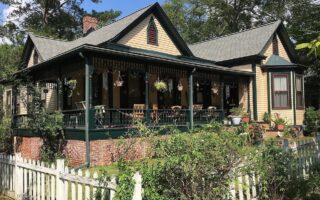 Columbia has no shortage of nice streets, sidewalks, and residential areas for running. The Shandon neighborhood is closest to downtown. We also love running in Lake Katherine, Lake Carolina, and Wildewood.
Explore 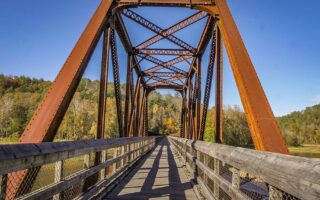 On the northern outskirts of Columbia, the Peak to Prosperity Passage is an awesome off-road option. 11 miles of dirt doubletrack weave through mainly wooded terrain from Alston to Eptings Pond. Includes 14 wooden trestles, including the 1,100 foot Broad River trestle bridge.
Explore

The most popular running route in Columbia. Starts from Riverfront Park and run north, or cross into West Columbia and run south. Up to 8 miles one-way.
Explore

A large wooded area bordering the Broad River in northwest Columbia. The 4.4-mile Firebreak Trail is the most runnable trail in the park.
Explore

Columbia is known for its heat. Especially on long and/or exposed runs, be sure to bring plenty of water, dress appropriately, and take it easy if necessary.

Most hotels in Columbia are located right downtown. There are also several along the corridors of Rts. 77 and 26. See a comprehensive list of places to stay in Columbia at ExperienceColumbiaSC.com.

Columbia has a few great independent running stores, including:

If you’re interested in joining a group run, start with the Columbia Running Club or join a coaching session with Revival Running.

Columbia has numerous annual races. Some of the most popular include the Sandhills Trail and Ultra Festival, the Labor Day 5k, and the Run Hard Columbia Marathon.

This event calendar is courtesy of Strictly Running.