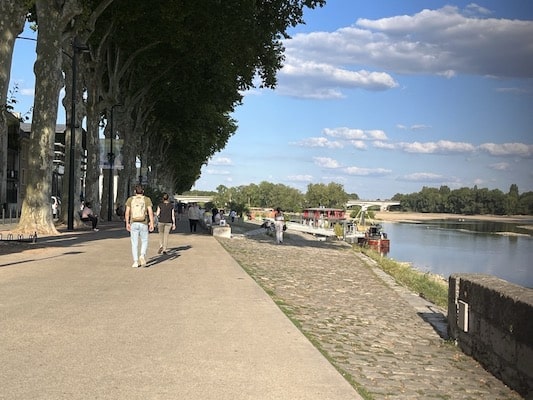 Orléans is the capital of the Loire Valley. There’s some lovely running here, centered on paths along the Loire River extending in both directions from the city’s historic center, featuring wonderful water views. Within a few km, the scene becomes increasingly pastoral. Fun to combine with the paths around Île Charlemagne.  Here are some good options for running in Orléans:  (Note: Pont=Bridge).

Central Orléans. Fun to begin a run in central Orléans at the Joan of Arc Statue at the big square, and run along the Rue Royale toward the river.

Loire Loop. We’ve put together an 8 km central loop along the river, between the Pont René-Thinat and the Pont de l’Europe, so runners can enjoy both sides of the river. Note that it’s a bit wonky connecting to the south side paths from Pont René-Thinat.

Loire River North Side Paths: The path is pleasantly tree-shaded in the central part of Orleans. East of Pont René-Thinat, the path is right alongside the river and more open for several km, and there are markers every 100m,. West of Pont de l’Europe, there’s a path but it’s a bit more rugged. 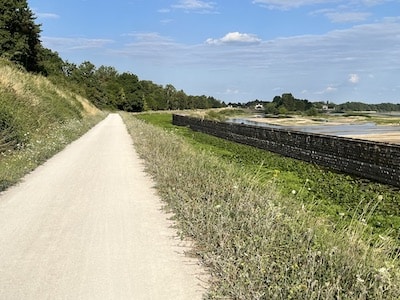 Loire River North Side Paths South Side Paths:  Can stay above the river, or on a dirt levée type path along the river  west of Pont Georges V or several km.

Île Charlemagne. Located ~1 km from Pont René-Thinat, this is Orléans major recreation area. We’ve mapped a ~6 km route around the whole island. The lake loop itself  is 3.2 km (2 miles), with markers. Combination woods and water views.