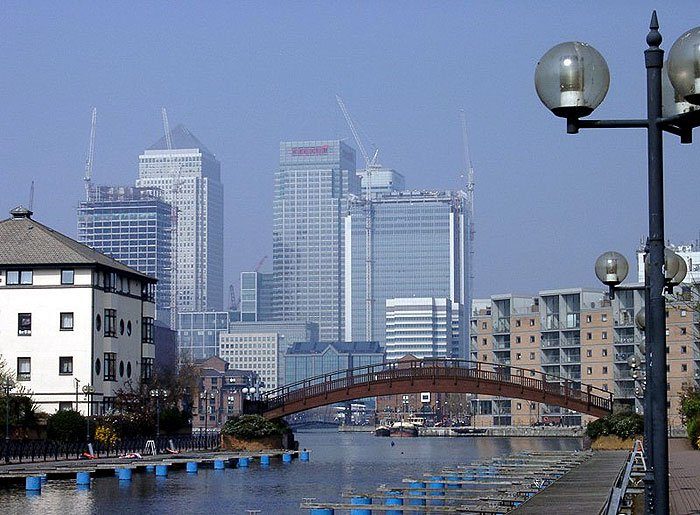 Once the world’s largest port, the Docklands area fell into disrepair in the 1960s. Over the past 20 years, the area has been developed as a commercial and residential center, with lots of offices, hotels, and modern apartment buildings. Business travelers might end up here a meeting or conference. There aren’t a lot of parks or trees in this area, but there is some fine running along the Thames Path. It’s a pretty seamless 5–mile loop around the perimeter of the Docklands/Canary Wharf. There are a couple of connector spots off the path. An additional/alternative option is to run along the perimeter path along Millwall Dock — it’s a ~2 mile loop from the South Quay LR station. Note: As of Spring 2018, there is construction on the Thames Path, with some diversions.