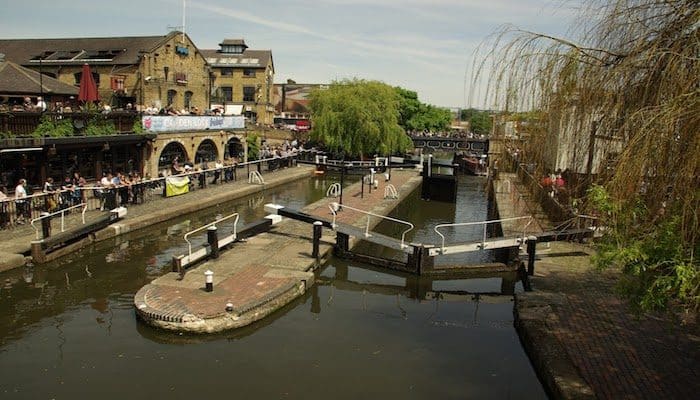 This is one of London’s running highlights, and allows for a good exploration of the city’s eastern end. There are three “sites” incorporated on this route: pathways along the several canals; a jaunt by the area built for the 2012 summer Olympics, and a run into gorgeous Victoria Park. Starts at the Mile End tube station, which is 1 mile south of Victoria Park. Head north to the Park, then ~1 mile through the Park to Olympic Park, where you can take a quick detour to view the sites. Then head south along the River Lea, for ~2 miles, east along the Limestone Cut path for a mile, and north along the Regents Canal and greenway back to the start.

Longer Option:  head further west along the Regents Canal path, which is ~2 miles between Victoria Park and the Angel Tube station.

Mile End Park is also home to Parkrun, a free group 5k held every Saturday morning. You can see the course map and learn more here.