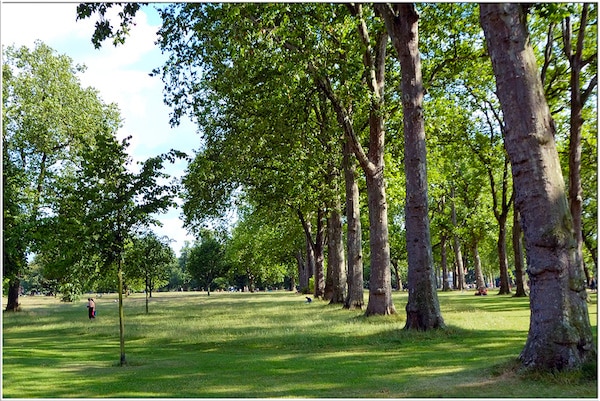 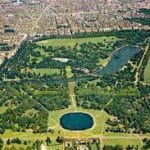 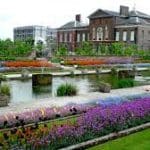 London’s central Royal Parks are among the great urban runs. Combine grand paths, large fields, historic sights, and a royal flavor. In our other route, we’ve designed the Diana Memorial Tour, a way-marked figure 8 loop of the four parks. Here, we supply some highlights of each park for a DIY route. Wellington Arch/Hyde Park Corner is a good ‘anchor point’.

Hyde Park & Kensington Gardens. The outer paths are more ‘perimeter paths’ and are used by cyclists. The interior has lovely criss-crossing paths, with the Serpentine being a good anchor. Hyde Park Corner is at the southeastern part of the park and adjoins Buckingham Palace. Kensington Gardens has lovely interior paths. Highlights include Kensington Palace and the Albert Memorial. Carriage Dr. divides the two parks.

Green Park and St. James Park. Smaller Green Park has a couple of lovely, treed allee type paths. South of Constitution Hill, there are paths and crowds around Buckingham Palace. Heading east, the paths of St. James Park will take you toward the Thames. The “Mall” is a straight shot toward Trafalgar Sq., while the southern paths lead to Westminster.

One ‘straight shot’ highlight is to run along Constitution Hill from Wellington Arch to the Victoria Memorial (0.5 miles) and then along The Mall to Trafalgar (0.8 miles).