No Thanks
Lucerne, Switzerland 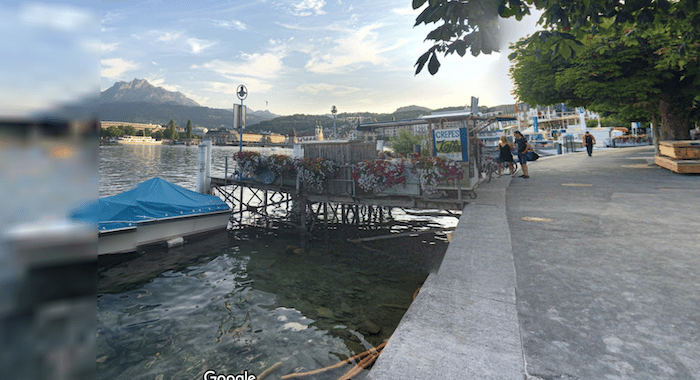 Running routes don’t get much more scenic than this. There are several kilometers of running paths along Lake Lucerne, with wonderful views of the lake, historic Altstadt (Old Town), and the snow-capped mountains all around. We’ve divided the route into two sections that can be combined – the path along the northern and southern sides. If you do both sides, the total out and back distance is 14 km. Both start at Chapel Bridge.

Northern Side: The path on the northern side goes for 3.6 km one-way. Starting at Chapel bridge, cross and follow the main road/path along the water. There are great views!  The name of the waterside promenade (‘quai’) changes a few times. The Swiss Museum of Transport is at 2.5 km, ferry terminal at 2.7 km. The path peters out at the Hotel Seeburg.

Southern Side. Starting at Chapel Bridge, the path/promenade follows the south side of the lake for 3.5 km. This side is a bit more park-like. The path starts as Europlatz and turns into Weftsteg. You’ll pass the Kunstmuseum Luzern, Inseli Park, and the more extensive Ufschötti Park (additional paths here). The path ends about 1/2 km past the Richard Wagner Museum.

Add-Ons: Other Lucerne routes are nearby, notably the Reuss River paths and the loop around the Rotsee Lake. Can also explore the streets of Lucerne Altstadt (Old Town).