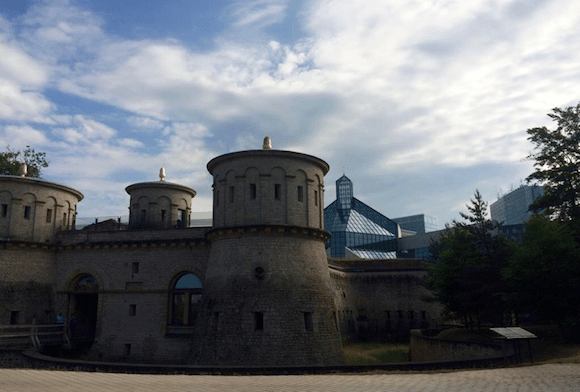 This is a longer Luxembourg run, focused on the more modern Kirchberg district but also incorporating some other Luxembourg highlights, including the Grund and Clausen. The loop starts and ends in the Kirchberg district, famous for its modern futuristic architecture and location of several European government institutions. Start at the National Sport Centre D’Coque. You’ll do 3km tour around the Kirchberg district and the paths of the several area universities and institutes. Head southwest along the fairly residential Rue des Muguets and Rue Jules Wilhem into the Grund quarter before heading back up to the pedestrian zone in the city centre, using Blvd. Roosevelt and then Rue Phillippe II through the old quarter. The route then takes you over the Grande-Duchesse Charlotte Bridge (also called The Red Bridge) to re-join Kirchberg along fairly busy Avenue John Kennedy and then through the Parc des Trois Grands park paths and Rue du Fort Thüengen. Look out for the impressive Philarmonie concert hall and the Mudam modern art museum buildings in the park.

Note: Can also start in city and run out to Kirchberg.