No Thanks
Lyon, France 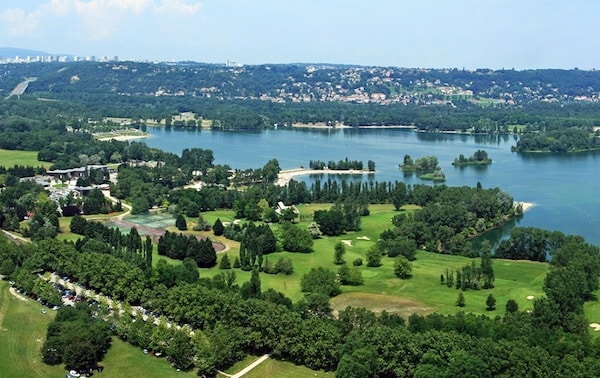 This is an urban park covering almost 2,200 hectares (5,400 acres), 10 km east of central Lyon. It covers most of the Island of Miribel-Jonage, which was created in the 19th century with the digging of the Miribel and Jonage canals to help control the flooding of the Rhône. The park is a major recreation destination in Lyon, and includes a large lake.

The centerpiece of running in the park is the 10 km (6.1 mile) circuit around the lake. It’s a lovely run, with good lake views, and several of the park’s key landmarks and other recreational opportunities along the way. There are wooden markers every kilometer, with 0 to 10 running counterclockwise. Note the record for running this path is 26:44 for men and 29:17 for women!

There are several other running options in the park, on the hiking or biking paths. This is a good opportunity for trail running. A few suggestions:

A 10 km 'runseeing' tour of Lyon, incorporating many important sites and buildings, including Vieux Lyon. A... more...

A classic European river run and one of the better, seamless spots to run in Lyon. The... more...