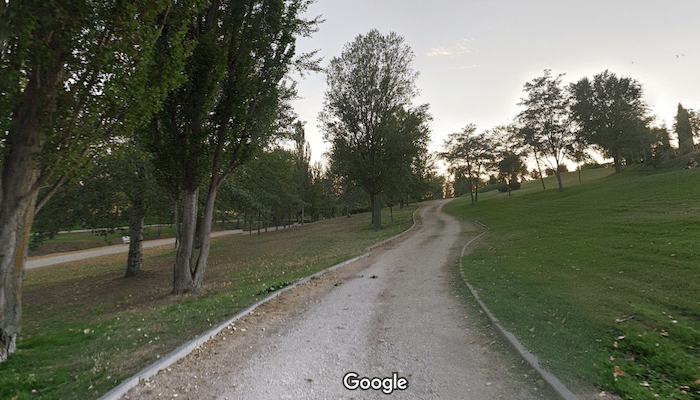 Fortuna is a district in southwest Madrid. The highlight of running here a series of groomed gravel paths lining the banks of the narrow Arroyo de la Canaleja (canal). The paths run west into the forests of Presillas Park and east to Parque Butarque. It’s a quiet, low traffic area which offers a pleasant escape from the city. More paths also reach south into Parque de la Hispanidad/Barranco Reajo. Runners can put together a loop of up to 15 km, or create an out and back route of any distance! During the dry season, you might not see much water. Also, the paths can get a bit dusty.