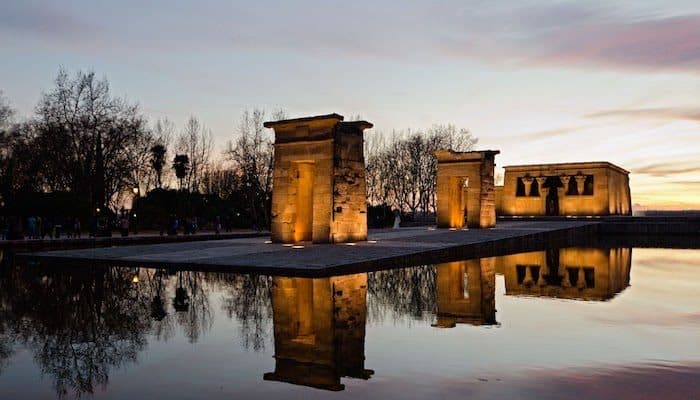 This route provides a more varied 5K route with streams, lakes, oak trees, rolling hills, and the famous Templo de Debod, an ancient Egyptian temple which was dismantled and rebuilt in Madrid. This park used to be the city’s landfill in the 20th century, but has now become a place of beauty, one of many stunning parks in Madrid. The route wanders the perimeter of the park providing an easily accessible route right in the city. It’s possible to do about 5k within the park. Add on by heading over to Casa de Camo, just to the west.

This is ‘Madrid Highlights’ Tour. This route follows some of Madrid’s historic and major avenues through several... more...