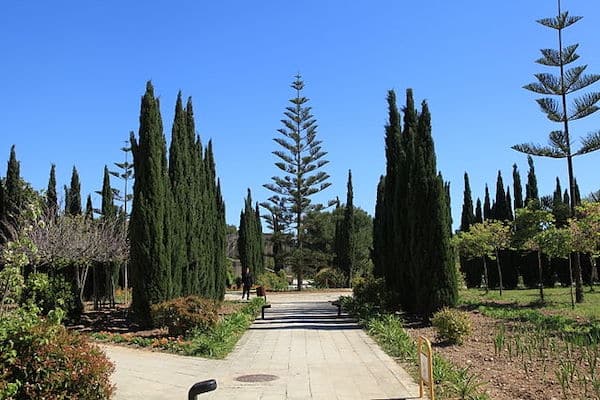 In central Malta and near the Convention Center, Ta’ Qali National Park offers a pleasant, open ‘green’ space (for Malta), with 2-3 km of running paths. There are some nice shaded areas, and at the western end of the park, numerous artisan shops.  You can also try to sneak into the National Stadium, for a few laps around the running track.

For a longer run, head west for 2 km to the fortified city of Mdina, which served as the island’s capital from antiquity to the medieval period. Historical sites of in this nicely preserved city include the Mdina Cathedral, the medieval Palazzo Falson, and St Paul’s Catacombs. Adjacent to the Catacombs, there’s a running track at St. Agatha Football Ground.

To get there from the park, use Triq Buqana to the rotary and Triq L Gharriqin, passing Olive Gardens.