The best places to run on the island of Malta 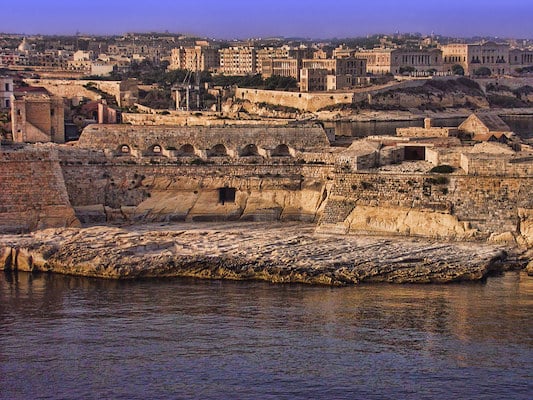 Malta is an island country in the Mediterranean, located 80 km south of Italy. Inhabited since 5900 BC, Malta is a popular tourism site, owing to its warm climate, numerous recreational areas, and architectural and historical monuments, including three UNESCO World Heritage Sites. The island is 27 km long and 14 km wide. There are terrific options for running on Malta, highlighted by seafront promenades and routes around historic sites.

Some of the best places to run on Malta are the 30+ km of waterfront paths, mainly on the east coast. We’ve also mapped several routes around Malta’s archaeological sites, including a ‘runseeing’ tour of the walled, capital city of Valetta, a unique run across the island on the Xemxija Heritage Walk, and the Blue Grotto area in south Malta. For parks, we love running in Ta’ Qali Park. See also our recommendations on some of the quiet country farm roads in Malta’s interior.

Note that Malta’s weather can very hot in summer and much of the island is open and exposed, so please take the proper precautions. For transport, there’s a good network of buses around the island.

Some of our favorite runs in Malta 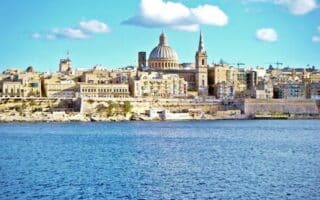 Along the Water | Historic / Tourist | Runseeing
A 'Runseeing Tour' of Valletta, Malta's capital. Combine the ~5 km of waterfront running outside the old city walls with the largely pedestrianized streets of the old city inside the city walls.
Explore 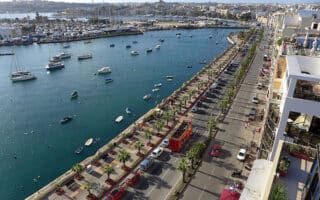 Along the Water | Seaside Promenades
Scenic waterfront running between the capital of Valetta and Paceville on a combination of sidewalk and dedicated seafront promenade, winding its way for nearly around bays and marinas for 13 km through Sliema and St. Julian's.
Explore 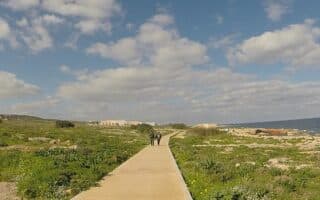 Along the Water | Seaside Promenades
Nice waterfront running between Xemxija Bay and Pembroke, including St. Paul's Bay, Qawra, and Salina Bay. Up to 12 km, part on dedicated promenade and part on sidewalk alongside the coast road.
Explore 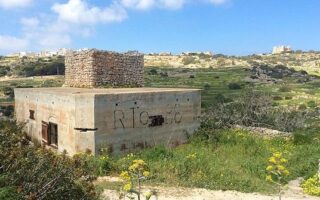 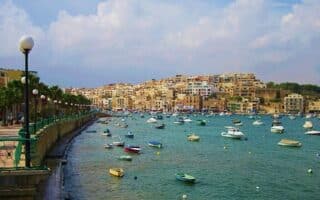 Along the Water | Great Views | Seaside Promenades
Toward the southeast end of the island, there's a nice waterfront run between Marsascala and St. Thomas Bay. The route is on a a dedicated, palm-lined waterfront path. A neat 5-miler out and back, with great views!
Explore 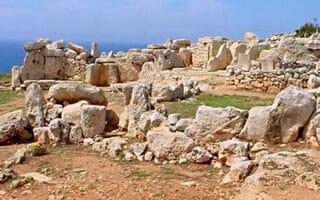 Great Views | Hilly | Historic / Tourist | Runseeing
A terrific 'runseeing' tour of several historical sites at the southern end of Malta, including the Blue Grotto and Haġar Qim. Also some great coastal views. It's nearly all on roads with good sidewalks.
Explore 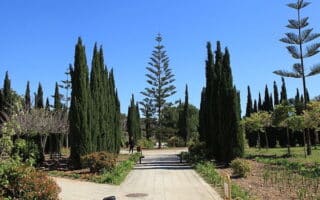 Malta has a Mediterranean climate, with mild winters and hot summers. And lots of sun!  It’s one of the warmest destinations for Europeans in winter, with average high temperatures in the 15-16C (60F) range, with coo nights. Summers are hot and dry, with daytim temperatures in the 29-31C (85-90F) range — warmer inland. Runners should be aware that much of Malta’s terrain is open and exposed, so use caution in summer!