No Thanks
Manaus, Brazil 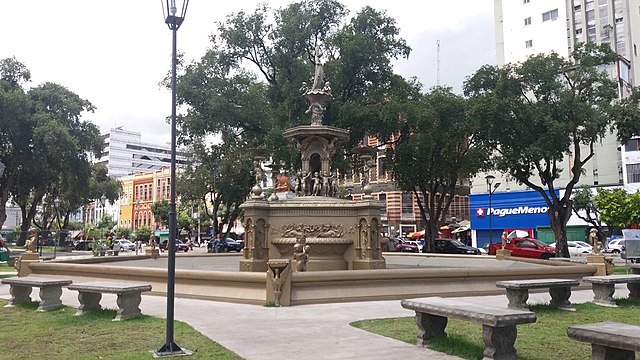 In the historic center of Manaus, one can stitch together a decent run combining paths in a few small parks, some of the major sites, and a couple of waterfront sections. This can be up to an 11 km run, but can be shortened or divided into two separate routes.

Start in the center of Manaus, just east of the Instituto Federal do Amazonas campus, where there’s an 0.5 km path. Then head west along the waterfront road (not pretty, but a sidewalk) to the park & paths surrounding the Palácio Rio Negro. This section is ~2 km. Continue west on the main road, which will run by the Palacete Provincial (museum), Praça da Polícia (Praça Heliodoro Balbi, and Matrix Square, as far as the Praça Dom Pedro II, where there are additional palaces and museums. Head north toward the Teatro Amazonas. [There’s a running track off Av. Epaminondas.]

The next section is 1 km over the Cinco de Setembro bridge (there’s a sidewalk), to enjoy the 0.7 km waterfront path in the Parque Rio Negro. The return ~3 km. The most direct way is using Ramos Ferreira or other major east-west street.