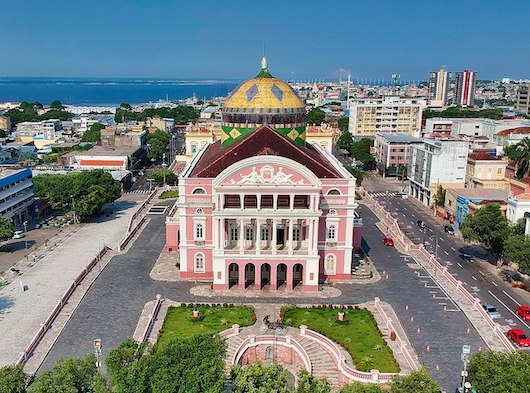 Manaus is the capital and largest city of the Brazilian state of  Amazonas. Located at the center of the world’s largest rainforest, Manaus is  situated at the confluence of the Negro and Solimões rivers. Unfortunately, the options for running in Manuaus aren’t very good. The city is very densely populated, with few large green spaces or waterfront paths.

The best place to run in Manaus is our central Manaus ‘runseeing’ tour, which includes the city’s major historical sites and some small parks and paths. We’ve also put together some recommendations of some of the best waterfront sections and beaches for running in Manaus.

Runners should also be aware of Manaus near constant heat, and the 2,300 mm (90 inches) of annual rainfall (most of it November-May).

Some of our favorite runs in Manaus, Brazil 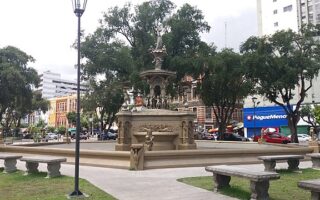 Historic / Tourist | Parks | Runseeing
In the historic center of Manaus, one can stitch together a decent run combining paths in a few small parks, some of the major sites, and a couple of waterfront sections. Up to 11 km if the section to Parque Rio Negro is included.
Explore 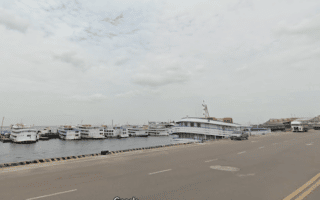