No Thanks
Medellín, Colombia 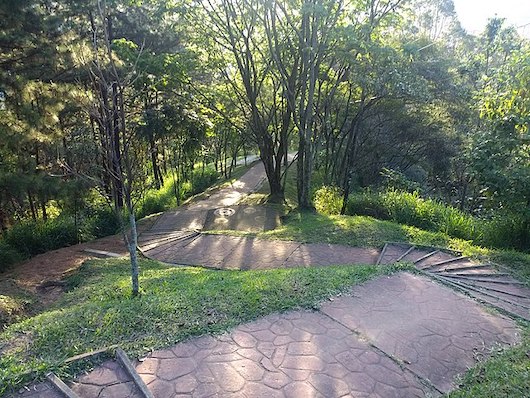 Cerro El Volador Natural Park is the largest green space in Medellín, and one of the city’s guardian hills. It’s a terrific place for a verdant, hilly run. There are roads with decent sidewalks/shoulders, leading for nearly 1.5 km to the summit, which features great views. A run to the summit and around the perimeter of the park is ~5 km.  There are also three rugged interior trails that are popular for hiking and trail running: El Indio, La Espiral del Tiempo y La Cima.

Longer Run/Metro Access: From the Estadio Metro station, take Blvr. Libertadores De América for ~1 km to the park. It’s a wide boulevard with a cycle path. Also, there’s at the Stadio complex near the metro station, there are numerous athletic facilities, some paths, and a running track. And just east of the Cerro El Volador is the National University of Colombia at Medellín, which has some nice paths as well for running.