No Thanks
Mendoza, Argentina 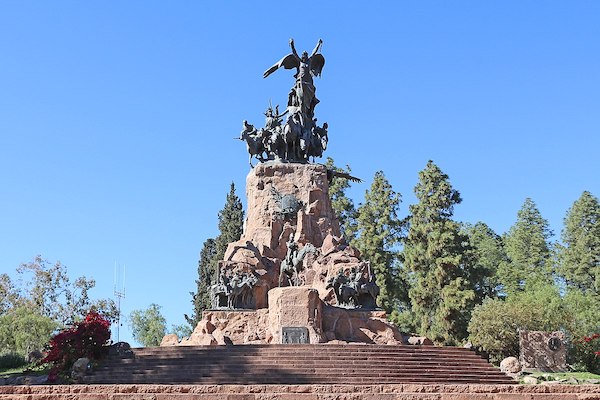 Just west of Parque General San Martín, those who like hills will be rewarded with the run up the Cerro de la Gloria. A switchback trail leads for ~1 km, climbing ~100m, to the monument of San Martin (Monumento al Ejército de Los Andes). There are great views!

For more, there are some other windy roads in the Cerro de la Gloria area — some with better shoulders for pedestrians than others. And just to the south, there are additional hilly trails off the Bajada del Cerro near the Pump Track playground. This area is popular enough for trail running that there’s a Mendoza Trail Running Academy.