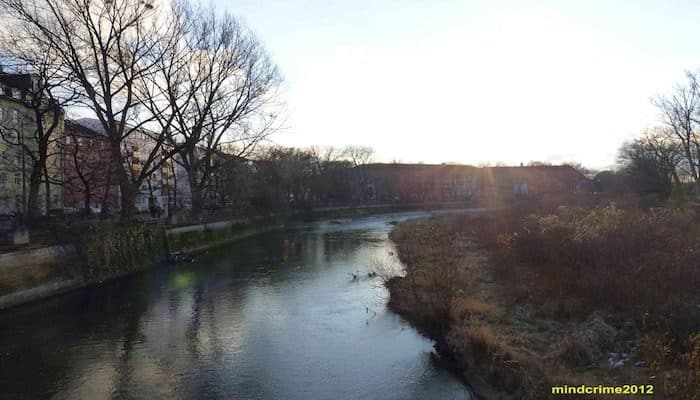 The Isar River is at the heart of Munich, almost splitting the the city in two, flowing through its center. Munich has embraced the Isar, creating a greenbelt/linear park that follows the river many kilometers to the north and south. There are wonderful dirt paths for running along the river, through the Englischer Garten in Munich’s center, and heading south toward Issaring and Grunwald, and north toward Unterföhring. No matter where you are in or around Munich, head toward the Isar and just run. One nice option since the is to run one-way and hop on the train back. A few of the recommended sections:

Center: The Isar paths start about 1km from Munich’s historic center, say the Marienplatz central square. Best sections in the central part of Munich are heading north on Praterinsel island, then on the east side paths past the Angel of Peace, up to Isarring. Then head back along the river or the Englischer Garten paths.

Heading North from the Gasteig/Deutsches Museum area. Head along the paths on the east or west side of the river. It is 5.4 miles to Unterföhring. If you find yourself further north, there is good running from Garching and Freising.

Heading South from the Gasteig/Deutsches Museum area. Paths along the river to the Tierpark. There is parkland almost the entire 5km of path to Marienklause, on the east side of the river: Frühlingsanlagen, then Tierpark. It’s 3.6 miles to the end of the Tierpark. There’s a beach and beer garden in the park, and a surfing spot just south of Marienklause. For the return, on the west side, head along the paths along the canal (Isarwerkanal), paralleling the Zentralländstraße.  One can also continue for 7km south, to Grunwald, and still further, along Isar River paths.