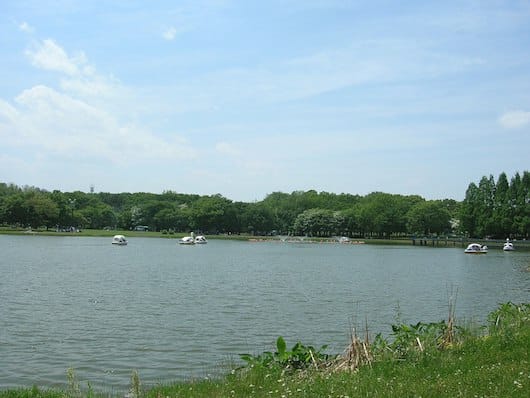 For a long, and fairly green run, we recommend the paths along the Shonai (Shonaigawa) and Yada Rivers, in the northern part of Nagoya. These gravel paths run for some 13 km, starting at Daiko Park, near the Yada Train station at the eastern end, west to Meijo University. You’ll be running through the Kita, Nishi, and Nakamura wards. There are paths on both sides of the water in sections. Some areas are very pretty and green – sort of like a linear park, but there are a few more industrial sections.

From the east end at Daiko Park, we recommend the paths on the south side of the Yada river. After 4 km, there’s a pedestrian crossing to the north side, at a nature preserve. You’ll now be running on the north side of the Shonai River, passing through Araizeki Ryokuchi Park (6k mark), and then through the large Shonai Ryokuchi Park (7.5k mark, additional trails here). The Shinmeaisai Bridge (Road 22), at 9 km, is a good place to turn around, although you can cross over to the southern side to continue along the river for another 4-5 km. The running is less attractive in this section.