No Thanks
Nancy, France 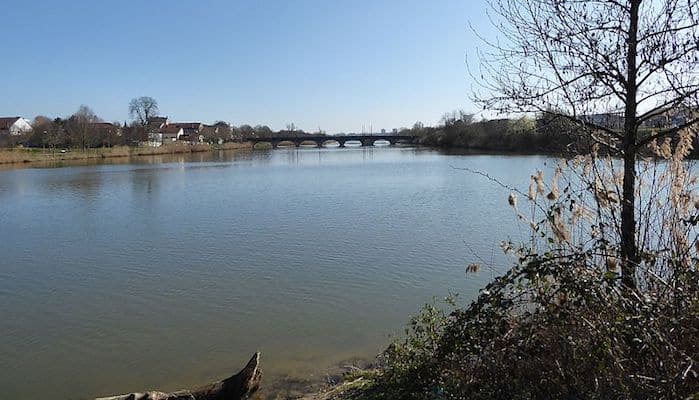 La Meurthe River flows just past Nancy on the eastern side. Runners will find numerous paths lining both banks of the riverside. These paths reach as far north as the confluence with the Moselle River near Custines, but the best sections are right near the center of Nancy. The paths surrounding the city are wide and paved, winding along the riverbank in a manicured, park-like atmosphere. Further north, the path’s surface varies between asphalt cycling path to dirt doubletrack. We’ve mapped a brief 3.6 km tour of the best paths close to the city, starting Rue de la Fraternité, and heading north the Barrage Nancy pedestrian bridge near Port Au Planches.

For more mileage, continue further north and cross at any of the pedestrian-accessible bridges. The more continuous, developed path is along the southern side of the river. From the Barrage Nancy, we’ve mapped 7.5 additional km to just shy of the E21 in Champigneulles. One option is to run one-way and take the train back from Gare de Champigneulles.

More waterfront running can be found along the canal that runs through Nancy parallel to the Meurthe... more...