No Thanks
Napa County, California 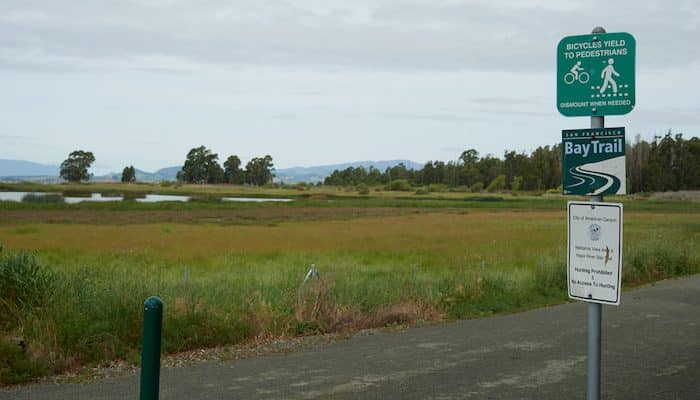 Stanly Lane: Four miles south of downtown Napa. A pleasant height-of-land with views rolling out in every direction, Stanly Lane borders the Stanly Ranch trail system, which includes a paved 1.5 mile section of the San Francisco Bay Trail. It’s a nice spot for runners in the south of Napa to fit in a quick out and back, practice some fartleks over rolling hills, and enjoy the scenery of the Vineyards. It’s a pretty lightly trafficked area in general, so runners can also explore surrounding streets (Stanly Crossing and Cutters Wharf are both local favorites). ROUTE MAP.

Wetlands of American Canyon: 10 miles south of Napa. In the far southern reaches of Napa County, where the mouth of the Napa River pours into the San Pablo Bay, the city of American Canyon features several lovely paths through its wetlands. One of the most popular options is the Napa River/San Francisco Bay Trail, a part-paved, part-gravel trail with proposed connections planned to the paths of Stanly Lane and the Napa River Trail. In the south, the path begins along Wetlands Edge Road. It then continues north to Eucalyptus Drive, where it turns LEFT (west) towards the water, meeting the gravel Landfill Loop Trail and the trail northwards to Green Island. Along this scenic waterfront, runners can follow an out and back of up to 10 miles, with additional mileage available by adding on the Landfill Loop. Runners can also continue inland towards the center of American Canyon. A good option near Vallejo. ROUTE MAP.

Most runners start from Kennedy Park and follow this paved route to its connection with the Napa... more...

One of the main roads along the Napa Valley, The Silverado Trail features a wide paved shoulder... more...