No Thanks
Newcastle upon Tyne, England 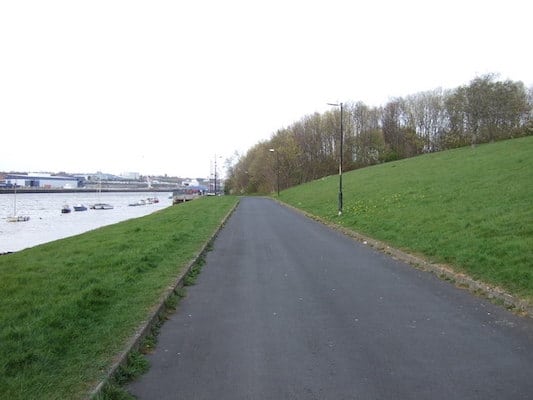 There are several miles of paths and seven bridges along the River Tyne that make for some nice running. Stitch together your own route, using the options & suggestions below. Nearly 7 miles on the north side, and 5+ miles on the south side. Near the centre, Tyne Bridge, Millennium Bridge, and Redeugh Bridge are good for crossing. Note: no bridges east of Millennium Bridge until the Tyne Pedestrian Tunnel.

South Bank Headed East to Riverside Park. There’s also nice running on the south bank of the River Tyne. From the Millennium Bridge, you can run ~5 miles east to Riverside Park. It’s not a 100% seamless path. From the bridge, follow the mix of dedicated paths and roads along the rive (Shore Rd., Tyne Rd.). The eastern ~2 miles through Riverside Park are a lovely mix of waterside and woodland paths.

Add-Ons: There are additional paths in the parks, and also more miles of paths beyond what we’ve mapped, although not 100% contiguous.

A worth-it destination for a run that has it all: fort, pier, lighthouses, parks, seafront promenade, and... more...