No Thanks
Noosa, Australia 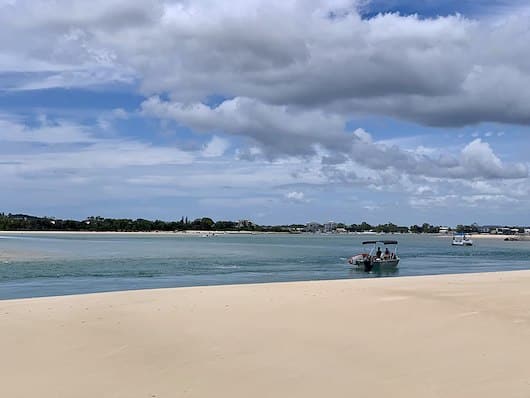 Unlike many routes around Noosa, the route from Noosa Heads to Noosavile provides a relatively flat course for an easy day for those who want to take it a bit easier. The scenic, nearly 10k out and back showcases the Noosa River, parklands, and waterfront mansions. The first 2 km along Noosa Parade is a palm-lined street with views of nice homes. The most scenic section of the route is kms 3-5 along the waterfront. Along Gympie Terrace, which is the final straight to the turnaround point, you will have the option of remaining on the street footpath or taking advantage of the concrete path through the parkland next to the river which is preferred.

Longer Option:  The route can be extended by following Gympie Parade past the turnaround point, which turns into Hilton Parade across the bridge into Tewantin. It’s a mix of sidewalk along a busier road and some nice waterfront sections.

Add-On: Heading down Hastings St out to the Noosa Spit via the shady concrete paths within Noosa Woods will add 1.7 mile (2.8 km) to the roundtrip for those looking for a longer run. Just keep an eye out for the brush turkeys (similar appearance to American turkeys).

One of Australia's most popular national parks offers a wonderful combination of coastal and inland trails for... more...