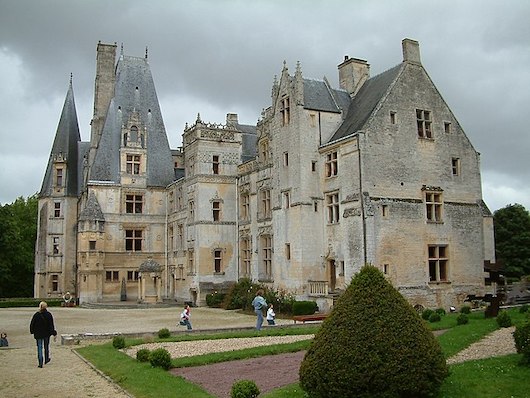 Here’s a worth it destination run: Château de Fontaine-Henry, arguably the most spectacular château in Normandy. Located 14 km from Caen in the Mue Valley, this château is a great example of Gothic and Renaissance architecture, and features spectacular grounds with 3-4 km of walking paths through forests and three distinct gardens (don’t miss the flower house!). Note: ticket required and seasonal closings.  INFO

Longer Run: We’ve mapped a ~9.5 km route that includes a tour of the Château grounds and some of the area’s additional sites and landscape. From the Château, head south on the D170 toward Thaon for 0.5 km (no shoulder but fairly quiet), then left onto the paths that lead to Old St. Peter’s Church Ancienne église Saint-Pierre and the Château de Thaon. Then join the D83, heading back north toward Fontaine-Henry, then LEFT on D141.

At this point, you’re at the 7-8 km mark and back to the start. For another nice 2.5 km, we suggest leaving the D141 for a loop around the area’s farms on small country lanes, which includes the Menhir de la Demoiselle de Bracqueville.

Note: this run is very much rolling hills!