No Thanks
Olympia, WA 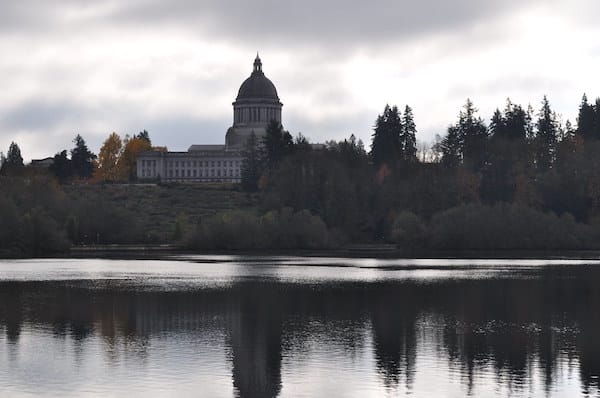 We’ve put together a scenic ‘runseeing’ tour of central Olympia, including the Capitol Grounds/Historic District, several small parks, and paths along the waterfront.

Start near the Capitol Visitor Center and explore the extensive grounds around the Capitol building, including Tivoli Fountain, Water Garden/Korean War Memorial, and the Diagonals leading to the Capitol. Then, make your way toward Capitol Lake, using the Heritage Park Trail, which zigzags down the hill from the Capitol to the lake. Continue north through Heritage Park, running along the West Bay waterside paths to Percival Landing Park & Port Plaza. Retrace your steps, and complete the loop around Capitol Lake using the path along Deschutes Parkway and then the pedestrian path back to the Capitol Grounds.

Add-Ons: Run to West Bay Park on the waterfront trail, 0.5 miles. You can continue along Deschutes Parkway on the west side of Capitol Lake south for 0.8 miles to Interpretive Park & Tumwater Historical Park, where there are some additional paths. This adds 1.5-2 miles. Deschutes Parkway is a busy road but there’s a sidewalk. You can also add some of the scenic streets of the Historic District downtown.