See Also Our Running Guides for Nearby Seattle & Tacoma 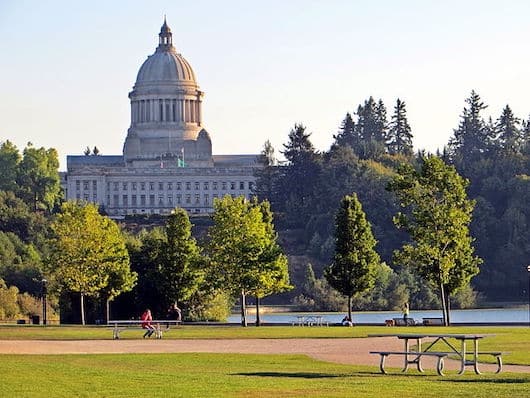 Olympia is the capital of the state of Washington, located 100 miles southwest of Seattle. The city sits at the southern end of Puget Sound on Budd Inlet. There’s some nice running in Olympia,  centered on the downtown waterfront area. We’ve put together a nice ‘runseeing‘ tour of the capitol area, Capitol Lake, and Olympia’s historic downtown. Other best places to run in Olympia are the Priest Park/East Bayshore area, the campus of Evergreen State College, and extensive multi-use paths such as the Chehalis Western Trail and the Woodland (Lacey) Trail.

Runners should note that Olympia’s winters can be very damp averaging 8 inches of rain from November-February. Summers, by contrast, are mild and dry.

Some of our favorite runs in Olympia, WA 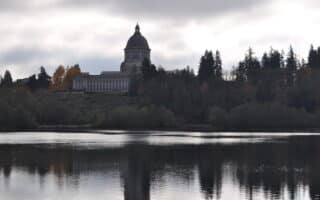 A scenic 'runseeing' tour of central Olympia, including the Capitol Grounds/Historic District, several small parks, and paths along the waterfront. A nice mix and nearly all off-road. Add on with Tumwater Historical Park.
Explore 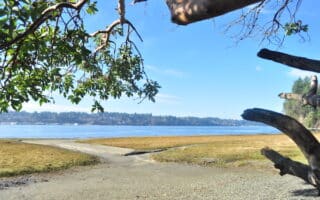 Priest Point Park is a nice spot near downtown Olympia for an easy trail run, with 3-4 miles of trails through woods and down to the water. Can combine with some nice waterfront running along East Bay Drive and ~1 mile of trails in Mission Creek Park.
Explore 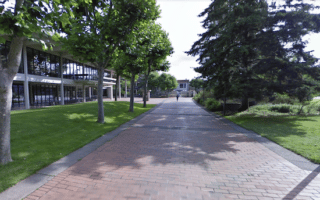 Attractive college campus in northern Olympia spans 1,000 acres of forest on Puget Sound. Run Scenic pedestrian paths on campus, paths to the beach or the Organic Farm, quiet wooded nearby roads, or the bike path along Evergreen Pkwy.
Explore 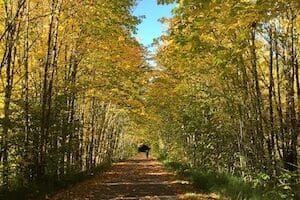 Paved multi-use path that follows the route of the former Weyerhaeuser Timber Co. railroad, just east of Olympia. The trail passes through forests, farms, and pastures, as it heads south into the hills overlooking the scenic Deschutes River valley.
Explore 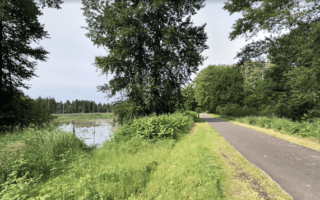 Paved multi-use path in the eastern section of Olympia that provides a nice opportunity for an off-road run. 5.4 miles through wooded and suburban sections, from Watershed Park to Woodland Community Park in Lacey. Intersects with Chehalis Western Trail.
Explore

A scenic 'runseeing' tour of central Olympia, including the Capitol Grounds/Historic District, several small parks, and paths along the waterfront. A nice mix and nearly all off-road. Add on with Tumwater Historical Park.
Explore

Olympia weather is typical of the Puget Sound area, with cloudy, damp winters and mild, dry summers. Runners will definitely want to being their wet weather gear to Olympia, especially November-May, where some months average 8 inches of rain. Winter temps are in the mid-40s during the day and around freezing at night. Summers are drier and delightful, with daytime highs in the high 70s (25F) and cool nights. Snowfall is rare.

There are other outdoor recreation stores to buy running gear, such as Big 5 Sporting Goods.