No Thanks
Osaka, Japan 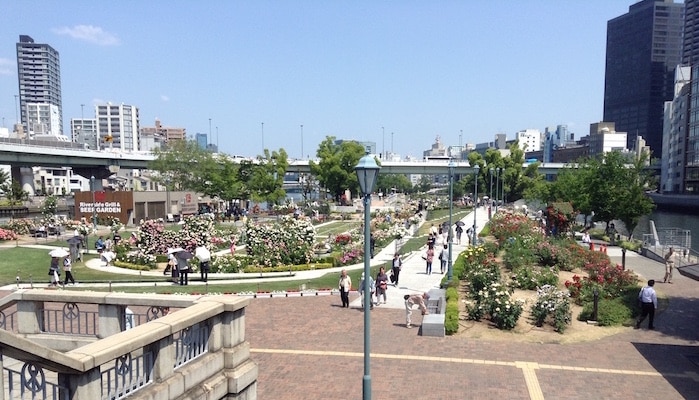 On the eastern edge of an island in the O River, Nakanoshima Park is one of the most scenic areas of Osaka, with long stretches of garden, waterside paths, and a skyline view of Osaka’s most prominent buildings, including City Hall nearby. While the park has a great 900 meter circuit for running, there are many options for a longer run. A full circuit around the park perimeter is about 1 mile.  There is a unique spiral ramp on the eastern bridge of the park, which allows runners to run uninterrupted along the northern bank of the river.

Or, runners can continue along paths on the south bank of the O River for ~1.5 km to Osaka Castle Park and enjoy the paths there.

This historic castle is surrounded by a gorgeous, seasonally changing park with 4 km and 3 km... more...